A History of the Chapel Royal

Looking for a historic venue for your next event? Read on to find out more about the Chapel Royal

When holding an event in a venue as historic as Stirling Castle, there is something extra special in knowing that it has hosted significant celebrations for many centuries before your own. When guests book a wedding or corporate event, we always find them fascinated by the history of their surroundings.

As the home of kings and queens for many centuries, Stirling Castle has witnessed some significant royal moments during its time. Today it hosts many family celebrations and special events such as gala dinners and drinks receptions, though none quite so lavish as those of both Mary Queen of Scots and her son James VI. 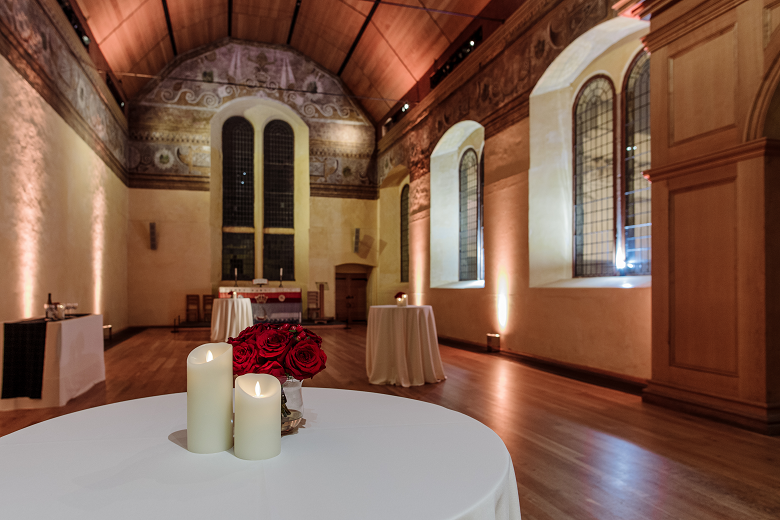 The interior of the Chapel Royal at Stirling Castle set up for a function. © Marc Millar

James VI was baptised in the last, great, set piece Catholic Mass in Scotland in 1566 in the old Chapel Royal. Three days of celebrations were led by his mother, Mary Queen of Scots, although the young prince’s father, Lord Darnley, snubbed the event and was not present. Mary did however splash out on expensive new outfits for some of her favourite courtiers, including the Earl of Bothwell, who later became her husband.

She also commissioned a bridge to be built between the Great Hall and her chamber ahead of the baptism and a later version of this bridge still joins the two buildings today. Celebrations included a grand feast in the Great Hall followed by a firework display on what is now the castle Esplanade. The fireworks were in the royal livery colours of red and yellow. 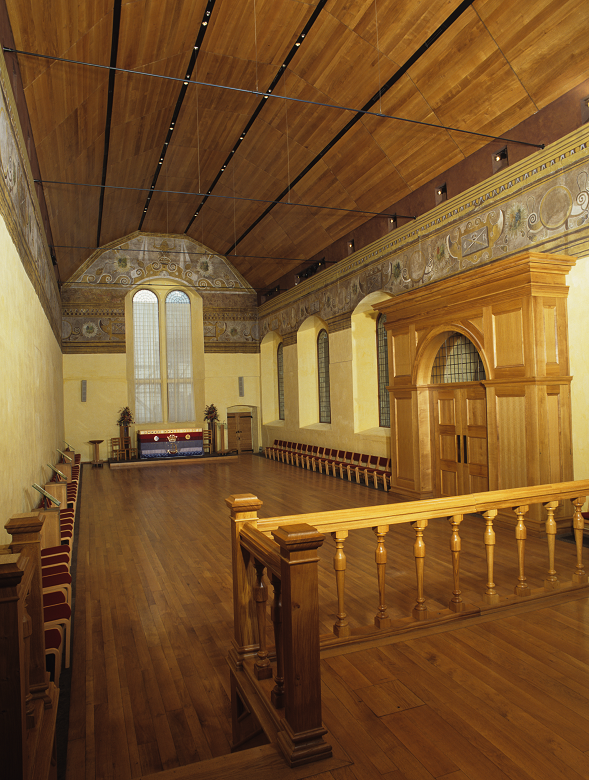 Inside the Chapel Royal

The Chapel Royal which stands in the Castle today, was built in 1594 for the Christening of Prince Henry, the first-born son of King James VI and the heir to the throne. It was the last great royal building to be erected in the castle and was one of the first Protestant kirks to be built in Scotland.

In just six months the Chapel Royal was complete, adorned with grand tapestries, sculptures and a gold ceiling. It was built to be grander, larger and more spectacular than the old Chapel Royal, and its galleries were to entertain the great number of attendees expected at the baptism.

James was in line to succeed the childless Queen Elizabeth I of England. His son’s baptism was to be a proclamation that the Stuart dynasty were worthy to rule both the English and Scottish thrones. Following the baptism, there was an extravagant celebration in the Great Hall, the climax of which was the entrance of the fish course on a lavish ship floating on an artificial sea. 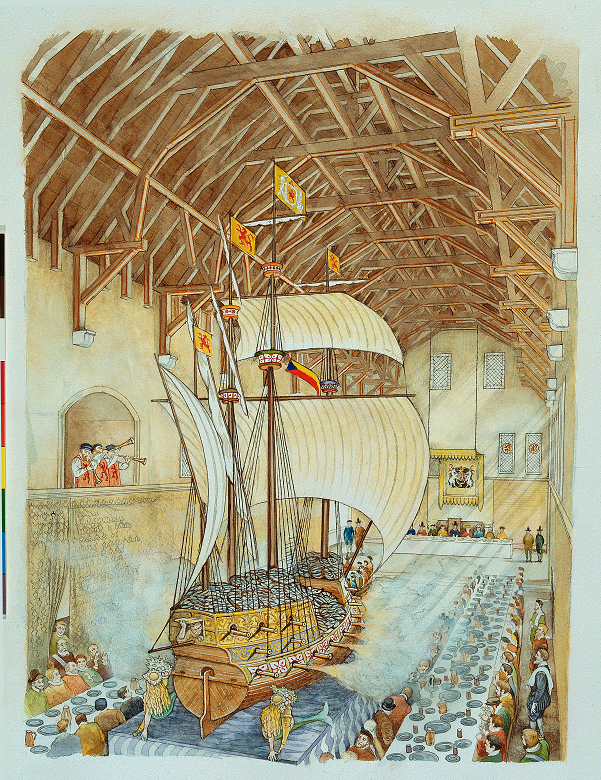 A reconstruction of the baptismal celebrations, in the Great Hall at Stirling Castle, for Prince Henry in 1594. This reconstruction is by artist David Simon.

Having hosted such wealth and splendour, it is no wonder that an event held in the Chapel Royal today also feels spectacular and special. It is a popular historic venue for drinks receptions and glamorous cocktail parties before dining in the Great Hall for up to 300 (pre-social distancing).

What’s more. it’s also a superb location for musical entertainment and concerts, with fabulous acoustics when performing from the altar, the raised area at the back of the Chapel can also provide an elevated position for speeches or announcements. It is fitting that a building created entirely for celebration is still hosting grand and inspiring events.

To find out more about how you can hold your own special event in the Chapel Royal, contact our events team at functions@hes.scot