Join us after hours for Tales from the Castle!

Get a sneak peek at some of the characters you can meet in our brand-new after hours event, Tales from the Castle!

We are delighted to open the gates to the castle after hours for an exclusive event this November. As part of Scotland’s Year of Stories 2022, you can meet dozens of characters from the castle who will tell you about their heroic endeavours and key moments in castle history. To get you excited for a night of storytelling, music and cosy autumn lighting, we are introducing five of our favourite characters that you can meet at Tales from the Castle. 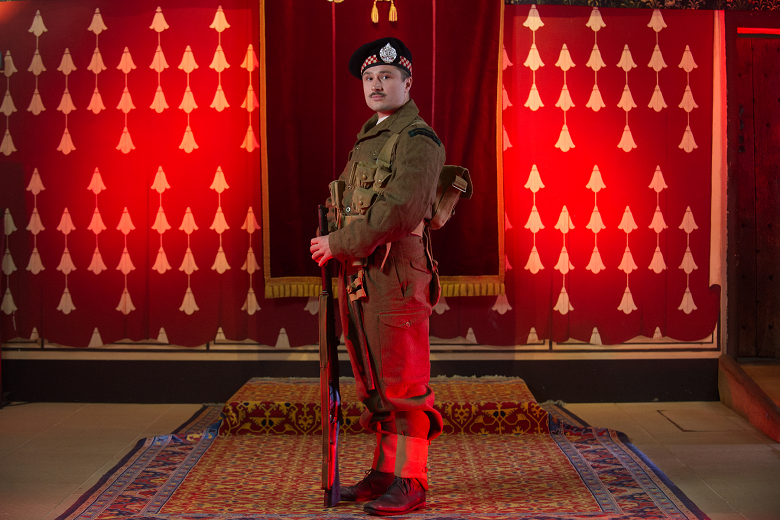 In June 1940, Private William Kemp, Corporal Sandy MacDonald and Lance Corporal James “Ginger” Wilson made a heroic escape from a Prisoner of War camp. This was weeks after the surrender of their regiment, the Argyll and Sutherland Highlanders, who called Stirling Castle their home at the time.

When interrogated by German soldiers, they chose to respond to the questions in Gaelic rather than English, a genius ploy which might have saved their lives. The German soldiers were confused by the language they spoke and assumed they were from the Soviet Union. The three men were subsequently released and managed to make their way to a British consulate in Spain via France. 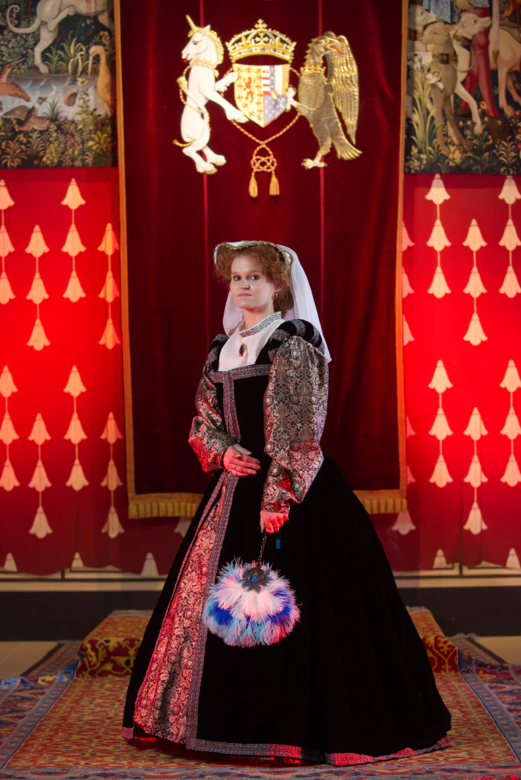 We couldn’t organise a special soiree at the castle without inviting the Queen herself!

Mary Queen of Scots graces us with her presence for two nights only in the palace that was once her childhood home. It was commissioned in the 1540s by her father James V. Sadly, he died around the time the palace was finished and most likely never saw it completed.

Mary spent the first few years of her life at Stirling before departing to France. She later returned as an adult and threw a party like no other to celebrate the baptism of her own son, who would later be known as James VI. The festivities included theatrical performances, a pasteboard enchanted fortress outside the castle walls, a lavish feast and some of Scotland’s earliest known fireworks.

A sky full of cannonballs 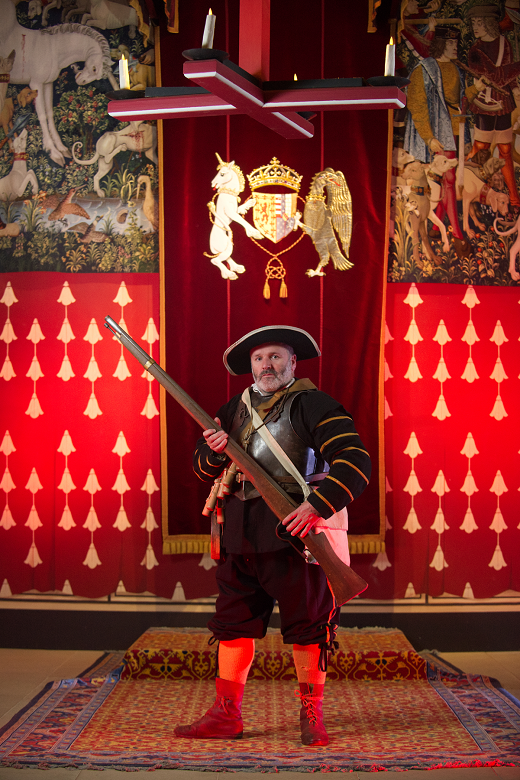 Join our musketeer for a live demonstration as he fires his musket in the dark. You might want to cover your ears first!

The castle is among the most besieged in Scottish history. No wonder, as it was said ‘that to hold Stirling was to hold the key to Scotland”. In 1651, it was Oliver Cromwell who sent some of his men to besiege the castle.

Cannon and musket balls fired through the air and you can still see the impacts today. The Forework gatehouse is marked with bullet holes from the attack. Our musketeer is one of the men who lived through the siege and is there to give you an account of the events.

They need a hero 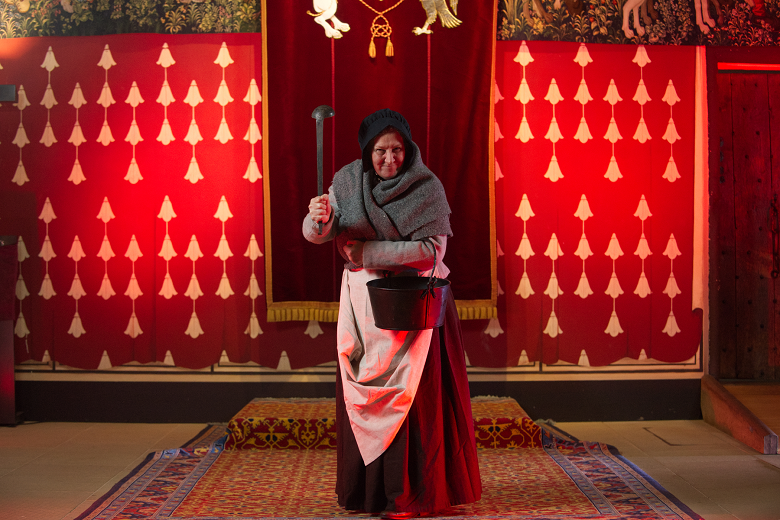 You might have heard of one of Stirling’s greatest trials and the Radical Rising, but have you heard of the woman who helped Hardie and Baird while they were imprisoned at the castle?

In 1820, Andrew Hardie and John Baird and a group of men took possession of weapons in Falkirk. They intended to rise up in the face of rising food prices and taxes and falling wages. After meeting with troops from the authorities in Bonnymuir, the two leaders and 16 of their men were arrested.

They were taken to Stirling Castle. In their prison, Hardie and Baird were held separately from the other men. But it seems they were not entirely alone, as a women known locally as Granny Duncan managed to get access to them.

She provided food rations and made sure their letters got delivered. Allegedly, she was even present at their execution on the request of both men. It was also Granny Duncan who laid their bodies to rest in the Stirling Churchyard after. 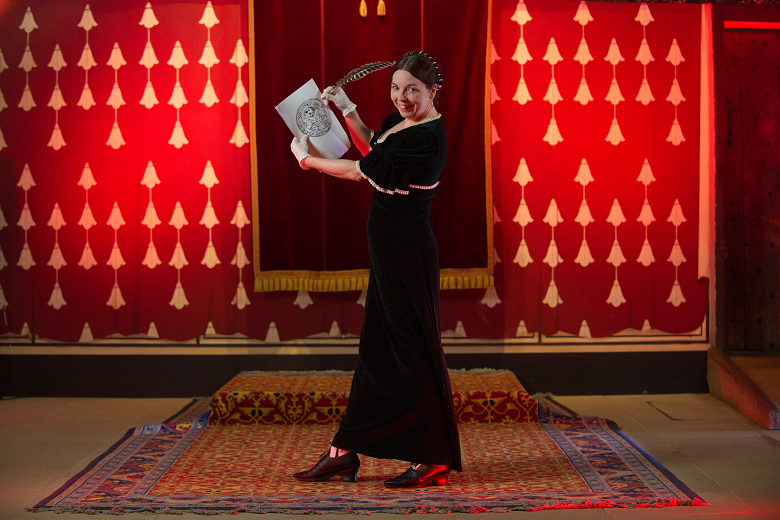 When visiting the castle today, you can admire some treasures of the castle in the Royal Palace. Made in the mid-1500s, the carved wooden medallions known as the Stirling Heads are a truly remarkable sight. But did you know that they had once almost been lost?

From the early 1800s, Jane Ferrier lived at the castle with her husband, General Graham, the Deputy Lieutenant. At time of their residence, the Stirling Heads had been removed from the palace for some decades, following an incident where one of them fell from the ceilings and hit a soldier. Consequently, all of them almost ended up as firewood!

Jane made it her mission to locate the Heads, draw them and publish them in a book called Lacunar Strevelinens. The book sparked a new interest in the Heads and by 1928, 28 of them had returned to Stirling.

And that’s not all at Tales from the Castle…

In its almost 1000 years history, the castle has seen many fascinating characters come and go. There’s been soldiers, Queens, inventors, entertainers and more! This November, you can meet many of them at Tales from the Castle. Join us on the evening of 25 or 26 November.

Beforehand, why not tell us your favourite castle tale on social media using #TalesOfScotland? 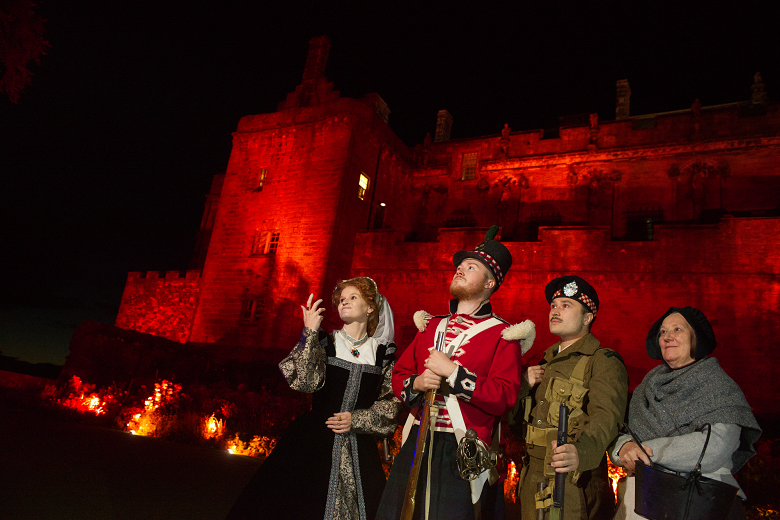