Read the story of how Margaret Tudor fought to protect the interests of her children during turbulent times in Scottish history.

This is one of Stirling Castle’s lesser-known stories. It’s a tale of Margaret Tudor, a dowager queen, a young woman, and a mother who challenged the most powerful nobles in the country. Margaret’s fight for custody of her sons brought Scotland to the brink of civil war and a huge besieging army to Stirling Castle in this dramatic episode of history.

Who was Margaret Tudor? 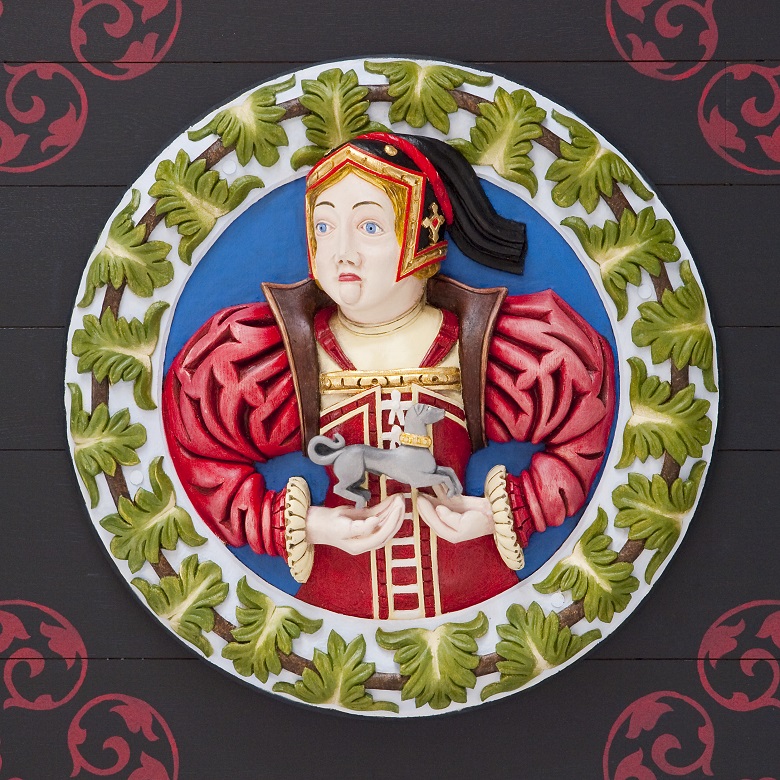 This story is about one of Scotland’s English queens, Margaret Tudor. She was one of two daughters of Henry VII of England to survive childhood. Like many royal children, Margaret was married to another European king to forge an alliance. In 1503, 13-year-old Margaret was sent to Scotland to marry James IV, who was then 17 years older. Although young, as a new queen Margaret would, in a few years, be expected to produce an heir at an age appropriate for childbearing.

During her marriage to James IV, Margaret bore six children. However, pregnancy in the 16th century could be particularly dangerous for mother and child. Infant mortality was high, so children who survived birth often did not reach their first or second birthday. After the birth of her first child, a son named James, Margaret was gravely ill. Although she recovered, good health was short lived for her son, who died just over a year later. Sadly, his death was followed by two more – a daughter and a son – in the two years that followed.

It’s no wonder that Margaret fought so fiercely for her future children, not only as a parent, but also because the security of the Stewart crown and the stability of Scotland relied upon their safety. 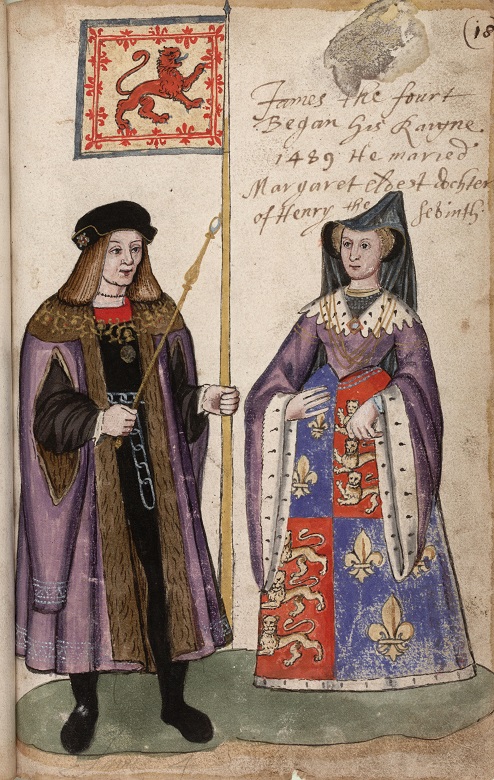 On 10 April 1512 Margaret and James IV welcomed another son called James. This baby was to be the only one to survive childhood and he would, before long, become King James V. On 9 September 1513, not even two years later, his father died on the battlefield at Flodden. Margaret was widowed at 23. Knowing that she had to secure the future of the Scottish crown, she immediately moved her son to the safety of Stirling Castle. He was crowned there on 21 September 1513. In April 1514 while at Stirling, Margaret gave birth to another son, Alexander, Duke of Ross.

James IV had made it clear that should he die, Margaret was to act as regent for her son. For the king’s council though, she was by no means a popular choice. James IV died in battle against the English. To have an English queen seemed to be an open door for her brother Henry VIII to seize power. 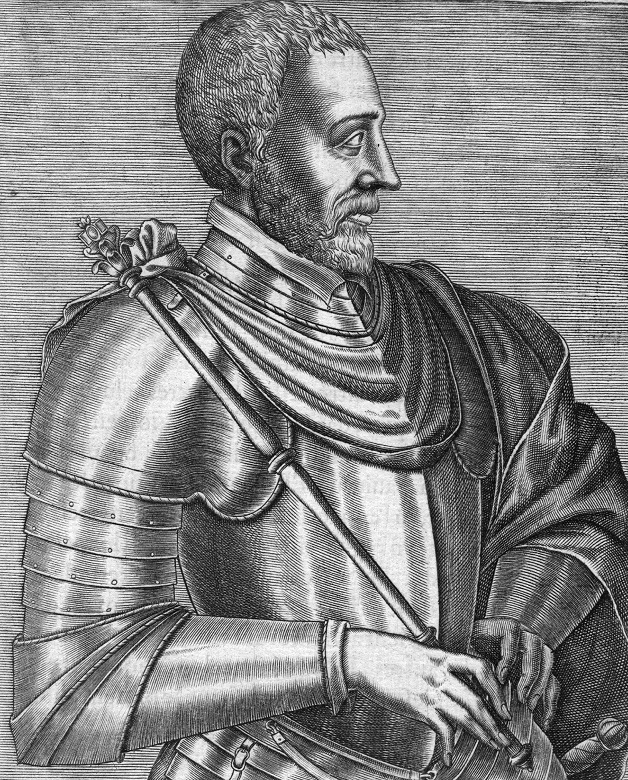 The council did honour Margaret’s regency for a time, on one condition set by James IV: she was to remain unmarried, so as not to be influenced by any power-hungry nobleman who might place his own interests above the young king’s. Despite this, in August of the same year she secretly married a very powerful but extremely unpopular nobleman, Archibald Douglas, Earl of Angus.

When exposed, the marriage was an outrage to the Scottish nobles. They immediately demanded that the duke of Albany, the king’s second cousin, be summoned from France to replace Margaret as regent. By remarrying, they argued that Margaret had forfeited the regency. Therefore, she ought not to be in control or possession of her sons. A message was sent to inform Margaret that she was to be deposed. She was addressed not as ‘Queen’ but as ‘My Lady, the King’s Mother’ – an important distinction undermining her position. 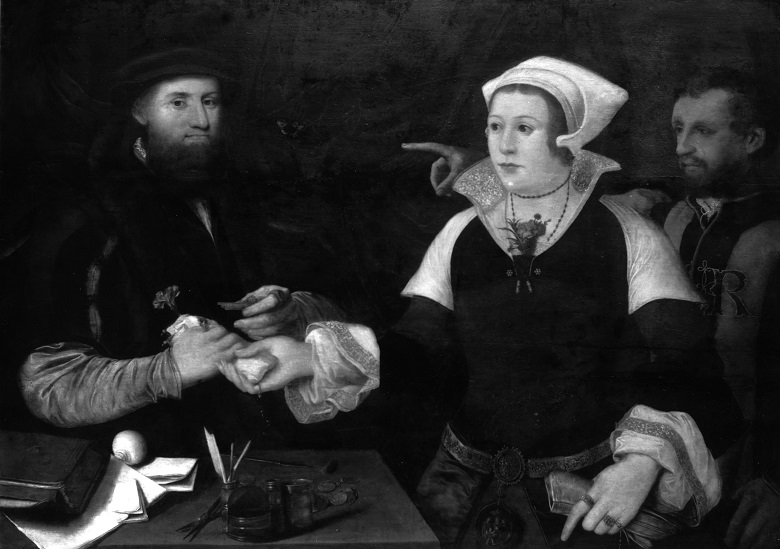 Margaret was unwilling to relinquish custody of her children. But she had clearly broken the terms by which the regency was granted. When Albany arrived in Scotland in 1515 his first task was to separate Margaret from her sons.

Unsurprisingly, Margaret resisted. It’s easy to assume that, in a time when royal children were often separated from their parents, her motive had more to do with holding on to her position (and her wealth). But as a mother, Margaret’s devotion to her children likely played a part in her determination to protect them. Two of her uncles, the deposed King Edward V of England and Richard, Duke of York, had gone missing from the Tower of London while under the ‘care’ of their regent in the 1480s. Both were presumed murdered, so everyone was aware of what could happen to a young king in the wrong hands.

When Albany’s representatives reached Stirling Castle in late summer 1515 to seize the King, they were met by a steadfast Margaret Tudor at the gate. She demanded that they explain the reason for their arrival. Undeterred by their answer and holding the hand of her eldest son James V, with her new husband beside her and her infant son in the arms of a nurse behind, she ordered the portcullis be dropped immediately – a rather dramatic medieval equivalent of slamming the door in someone’s face. Margaret delivered a rousing speech from behind the gate justifying her defiance. She then withdrew into the safety of Stirling Castle’s walls with her sons. 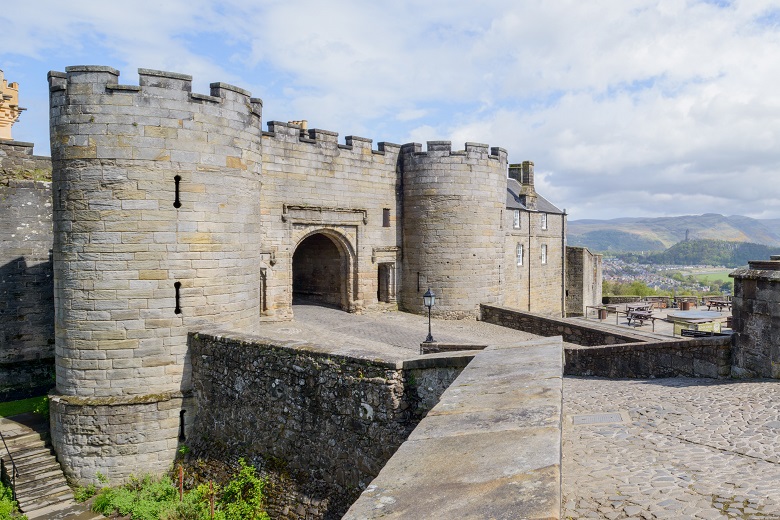 The Forework Gate at Stirling Castle

It’s possible to think that Margaret might have been able to hold on to her children, had Albany had fewer resources to support his bid to take them. Aware that physical control of the king was paramount to his position as regent, Albany prepared to besiege Stirling Castle. The duke arrived in Stirling in August 1515 at the head of an army of an estimated 7000 men, with a train of artillery that included the famous and formidable six tonne siege gun, Mons Meg (now displayed at Edinburgh Castle).

Faced with this show of brute force, Margaret had no option but to give up her children. In doing so, she saved Stirling Castle from what was bound to have been a devastating siege. Not to be completely undermined though, Margaret had the young King (who was just a toddler) hand over the keys to the castle, demonstrating that the power and possession of this mighty fortress ultimately belonged to the crown. 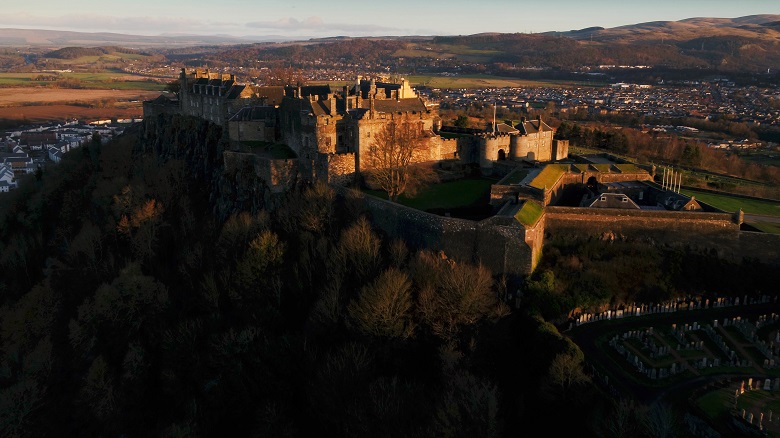 Following this dramatic show-down, Margaret was taken to Edinburgh where she was forced to sign an agreement declaring that Albany had the “charge and keeping” of both her sons. She then fled Scotland for England. Her younger son Alexander died a few months later, before Margaret had a chance to see him again. She was apart from James V for two years before travelling north of the border, by which time Albany had agreed that she could return to Stirling and be with her son. Margaret then resumed the position of regent, alongside Albany, from 1517. The duke ultimately returned to France in 1524, leaving Margaret as regent for the remainder of James V’s minority.

Visitors to Stirling today can stand in the same spot that, 500 years ago, Margaret Tudor refused entry to some of the most important nobles in Scotland. We welcome families visiting for fun and adventure, but in 1515 onlookers would have witnessed a young, determined mother standing hand in hand with her son, desperate to keep him safely within the castle’s walls.