The Argylls Museum in Five Objects

Take a tour of the newly reopened Argylls Museum and uncover the story of one of Scotland’s great Highland Regiments.

This summer The Argyll and Sutherland Highlanders Museum will reopen following a large scale redevelopment project. The new-look museum has transformed the way visitors will discover the story of The Argylls. Collections Officer Allison takes us on a tour of the re-imagined military museum.

The Argyll and Sutherland Highlanders Museum tells the story of one of Scotland’s great Highland Regiments through its collection of objects, artwork, silver and personal documents. The Museum places the soldier centre-stage as you journey through over 225 years of Regimental history. From the influence of community to stories of loyalty and courage, medical advances to Royal connections, and daring escape to ordinary life – there is something for everyone!

Read on to find out more about the amazing objects and stories you will discover on your visit.

Surgeon William Munro served with both the 91st Argyllshire and 93rd Sutherland Highlanders. He cared for soldiers throughout the harsh Victorian-era war conditions in South Africa, the Crimea and India. 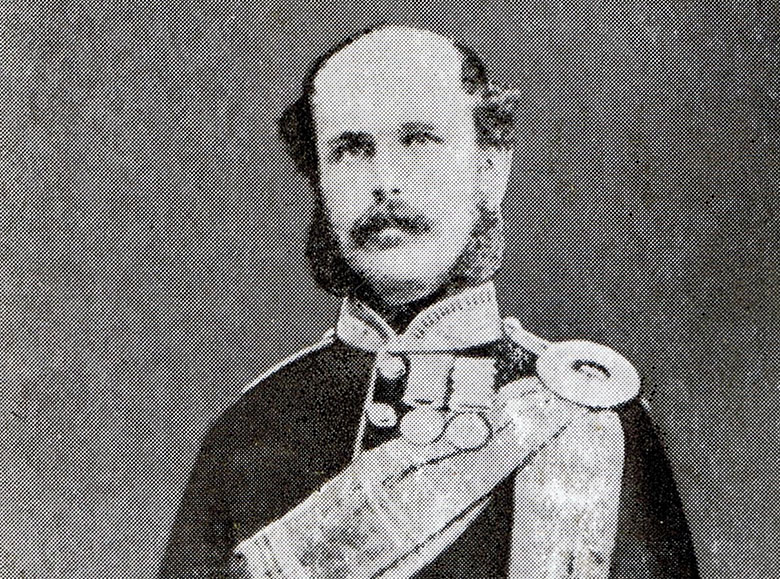 A photo of Surgeon William Munro taken in 1856.

During the 15 battles in which he was involved, he saved countless lives of men in his charge without sustaining serious injury himself. In Staying Alive, you’ll learn about the stories of those saved by Surgeon Munro.

Captain John Ewart was just one of the men who owed his life to Munro. ‘A cannon ball struck me in the arm, which hung off by a thin piece of skin,’ John recalled afterwards. Munro’s quick thinking and expertise to amputate Ewart’s arm in a field hospital allowed him to make a successful recovery. Crucial actions at a time when disease and infection were the biggest killers of soldiers. 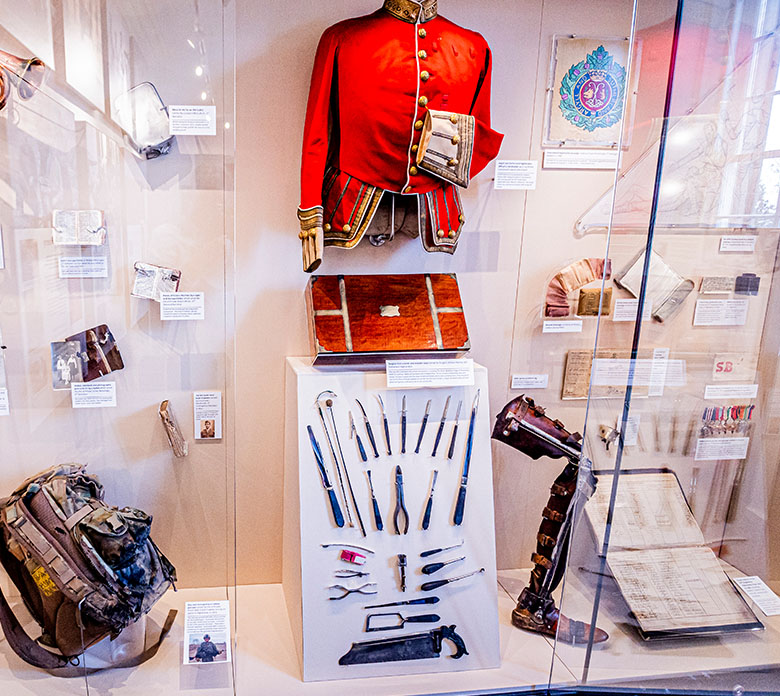 The Argylls both shaped and were shaped by the communities from which the men of the Regiment were drawn. The community spirit really emerged during the First World War. Thousands of ordinary men and women volunteered for the war effort.

Women in particular entered the war in a number of different roles, such as in munitions, agriculture or as voluntary nurses. Margaret Taylor was one such volunteer. She was inspired to help following the death of her brother Allan on duty with the 10th (Service) Battalion in 1915.

Margaret’s wartime training enabled her to nurse her other brother, William, who was gassed during the First World War. She received a British Red Cross medal for here contribution in 1921. 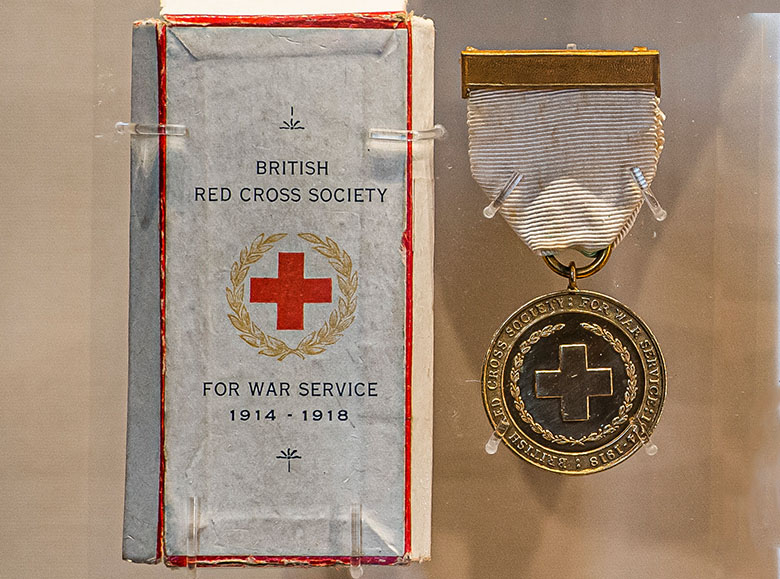 Margaret Taylor received the British Red Cross Medal for her contributions as a volunteer nurse.

See Margaret’s medal and learn more about the role of women during wartime in Our Scottish Roots.

One of the most special objects on display is this Communion chalice and salver. It symbolises The Argylls’ tenacity and deep respect for their history. 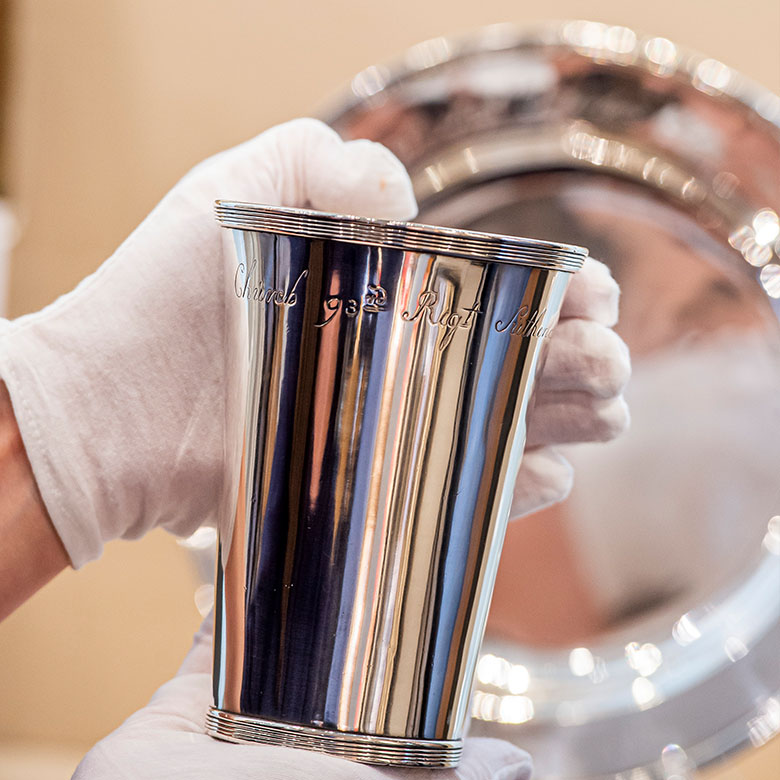 The chalice is thought to have been made from melted coins. Silver was a scarce resource at the time.

The men of the 93rd Sutherland Highlanders purchased it in South Africa in 1813. The Kirk of the 93rd is the oldest church session in the British Army. These objects were in use until 2006 when The Argylls became the 5th Battalion Royal Regiment of Scotland.

However, it is not just their historical record that makes them special. At the Fall of Singapore in 1942, the Japanese made prisoners of the men of the 2nd Battalion. They also took the chalice and salver. The men managed to retrieve the chalice, and Major Eric Moss spent the next three years in POW camps concealing this item from his captors.

The Communion Chalice and Salver are on display in Spirit of The Argylls. You can learn more about the experiences of Prisoners of War in Taken Prisoner.

In Fearless in Battle, you’ll find out more about the battlefield experiences of The Argylls. Discover stories which highlight the bravery, loyalty, discipline and selfless commitment of a soldier. 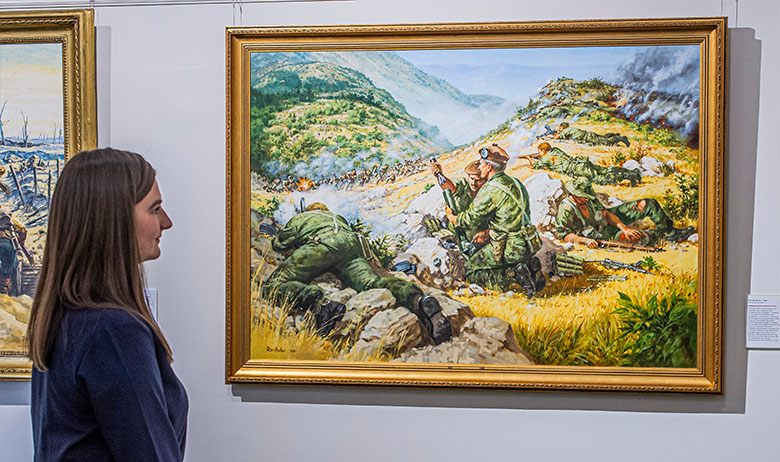 This gallery now displays our collection of Victoria Crosses – the highest award for valour presented to members of the British Armed Forces. One of the men to be awarded a Victoria Cross was Major Kenneth Muir. He received the medal for his actions during the Korean War. 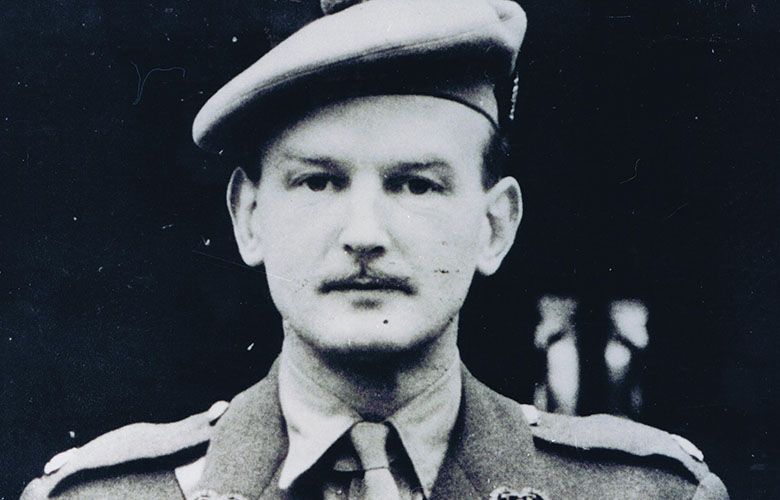 Major Kenny Muir was was determined to hold Hill 282 until all the wounded had been evacuated.

The Argylls were one of the first British Regiments to be sent to Korea in 1950. They were poorly equipped, and after battling to capture Hill 282 The Argylls were left in a tenuous position. They were under constant enemy mortar and artillery fire, with many men killed or wounded.

Major Muir organised the evacuation of the wounded from Hill 282 and reorganised what remained of the two companies. With disregard for his own personal safety, he encouraged the men as ammunition ran low. He refused to take cover despite the continual enemy fire. Despite his determination to evacuate the wounded and prevent the enemy recapturing the hill, he was mortally wounded on 23rd September 1950.

There is one animal which has become synonymous with The Argylls – the Shetland pony mascot, Cruachan. Named after the ferocious war-cry of Clan Campbell, the first pony was presented to HRH Princess Louise, Colonel-in-Chief of the Regiment, in 1929.

Cruachan II was presented to the 1st Battalion in 1952, just in time for him to march at the head of the parade on return from the Korean War. He was famous for enjoying a few beers – and even for biting the Queen’s glove during a parade! He retired from service in 1979. 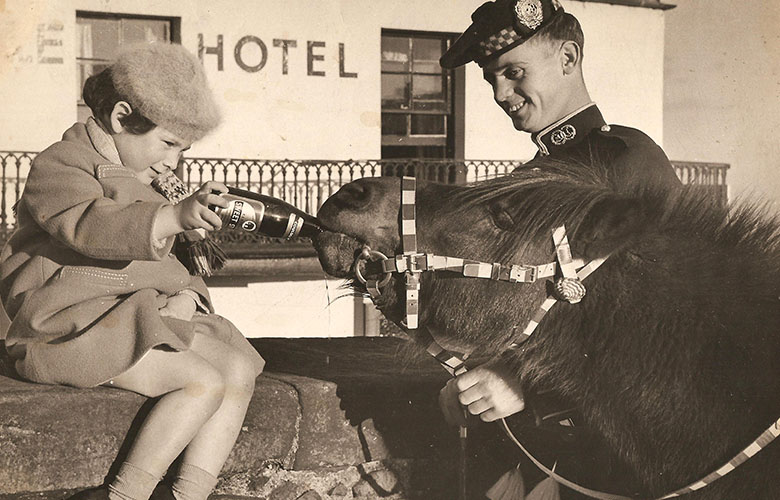 Cruachan II is treated to a bottle of beer on the Castle Esplanade.

The serving soldier of the 1st Battalion purchased Cruachan III in 1995. In 2006, the Royal Regiment of Scotland adopted him as the Regimental mascot. He retired from duty in 2012.

Just like an ordinary soldier, each pony had his own rank and could be promoted or demoted based on their behaviour. The current mascot, Cruachan IV has attained the rank Lance Corporal. This means he can wear the associated medals of the Royal Regiment of Scotland on parade.

Look out for the coat and medals worn by Cruachan III during his service in Our Scottish Roots.

To plan your visit or find out more about The Argyll and Sutherland Highlanders Museum, please visit our website, or follow us on Twitter, Facebook or Instagram. Entry to the museum is included in the Stirling Castle admission. Please remember that tickets to the castle must be booked online advance.