Stirling Castle and the Beautiful Game

While we get excited for the Euros 2020 to kick off with Scotland at the starting line, castle guide Paul takes a look at the history of the beautiful game and Stirling Castle’s football connections.

I’d been researching local footballing history for a number of years before starting work at Stirling Castle. I decided to do further research to see if football played any part in the history of the castle, including the Argyll and Sutherland Highlanders’ regiment, the castle’s most recent residents.

The classic view of football in the medieval period is of a mob fighting over possession of a ball between two distant goals. This game was outlawed by King James I under the Football Act of 1424. He favoured archery due to its military advantages.

Further legislation was passed under the rule of King James II in 1457. He outlawed both football and golf.

Shortly after starting as a tour guide at the castle, I found several articles stating that organised football was being played in castle courtyards more than 500 years ago. 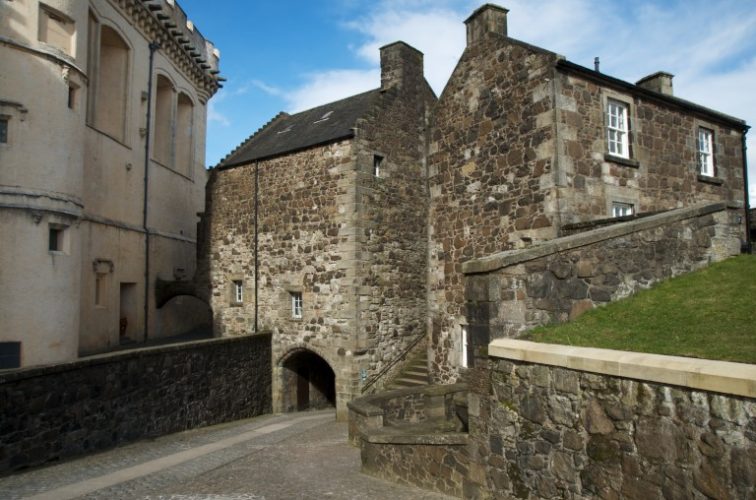 The Outer Close and North Gate at Stirling Castle

The articles were based on records held at the National Library of Scotland. I was also able to ask the Central Library in Stirling to help me investigate football in the Stuart era.

During the era of King James IV, records show that the king paid two shillings for a bag of ‘fut ballis‘ as early as April 11 1497. Further records show that footballs were being ordered for the king’s court by the Lord High Treasurer.

As opposed to the mob football games, details taken from several diaries state that small football matches were taking place in the grounds of castles, including Stirling, and that these games were played by royals and nobles. They described a kicking game played on a smaller pitch than today, by two teams consisting of ten players each. 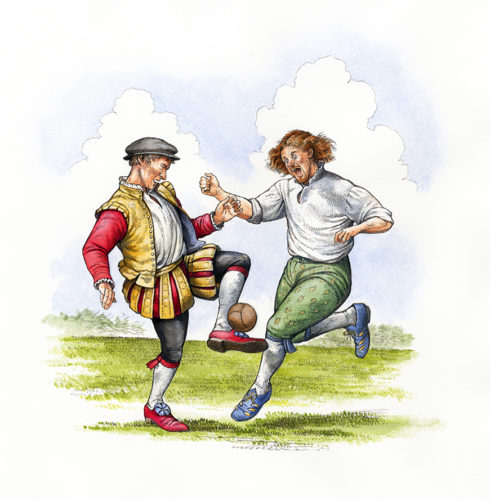 Even Mary Queen of Scots who spent her early childhood at Stirling Castle has her place in footballing history.

In 1568, whilst under arrest at Carlisle Castle, an account of a game using only their feet to pass the ball was recorded in the diary of Sir Francis Knollis, a nobleman.

This game was played for the queen’s entertainment on a field half the length of a modern pitch. The game consisted of two teams of ten players and lasted two hours. 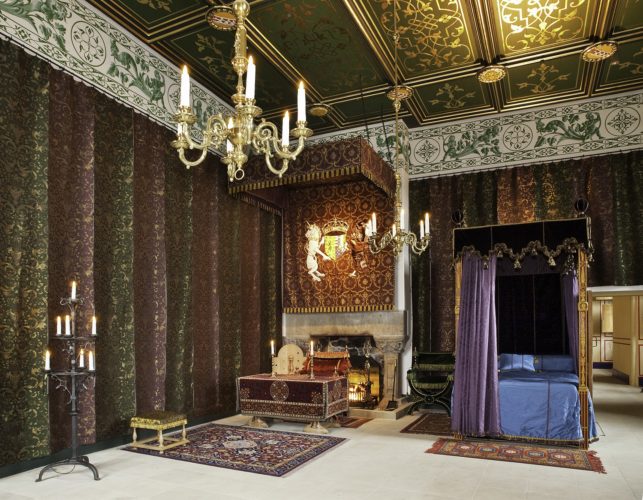 The Queen’s Bedchamber in the Royal Apartments at Stirling Castle

Here at the castle, the oldest leather football in the world was found in the ceiling panelling of the Queen’s Bedchamber in 1969. It was probably kicked up into the ceiling some time before 1543. Ultimately, no one has a definitive answer as to how it got there. Today it can be seen on display at the Smith Art Gallery and Museum on Dumbarton Road in Stirling.

The final record relating to this royal game came in the 1580s when a foul and ensuing quarrel between the Fifth Earl of Bothwell, Francis Stewart and an unnamed man ended with demands for a duel. When King James I and VI heard of this dispute, he stopped the duel taking place.

Start of the Club Scene

Lastly, a mention for the Argyll and Sutherland Highlanders’ Regiment. 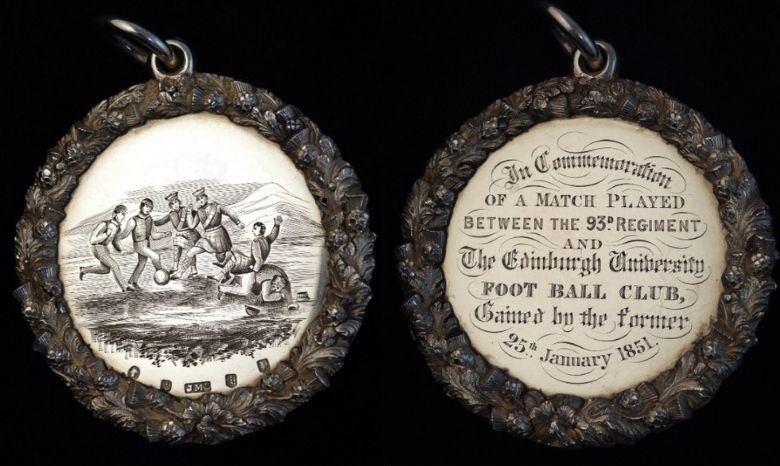 The above images are of the oldest football medal, presented by Edinburgh University Foot Ball Club to the soldiers of the victorious 93rd regiment in January 1851. The soldiers are depicted wearing kilts.

This game was the first of three played by the university in the early months of 1851. These games can be linked back to the formation of the world’s earliest football club, by John Hope. He was an Edinburgh University student who took it upon himself to form and run a football club in Edinburgh between 1824 and 1841. 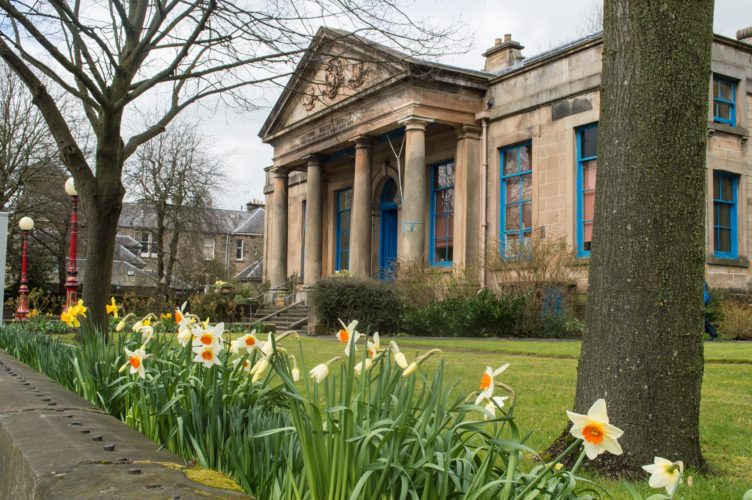 The Smith Art Gallery and Museum in Stirling

Want to explore more castle and football history? Stirling Castle and the Smith Museum are both open to visitors again. Remember to pre-book your visit to the castle online.

This post was contributed by Paul Doherty from our castle guiding team.