Step into the Prince’s Tower of the Royal Palace and find out what homeschooling was like for a young King James VI.

Many of us have had to adjust in the past weeks by turning our homes into classrooms. We have put together a special history lesson for you about the education of the royal children at Stirling Castle. Step into the Prince’s Tower of the Royal Palace to learn with a young King James VI and his son, Prince Henry.

James VI followed in a long line of infant kings. He was crowned at only 13 months old in the Church of the Holy Rude next to Stirling Castle. His mother, Mary Queen of Scots, was imprisoned at Lochleven Castle at the time.

Before James VI had even reached the age of four, two scholars were appointed to oversee the young king’s education. George Buchanan was the elder of the two, aged 64, and a scholar of international renown. Buchanan was a graduate of both St. Andrews and the Sorbonne and had also taught at Coimbra in Portugal. He was a harsh taskmaster who did not spare the rod. The king regarded Buchanan with a mixture of awe and fear. In later years one of James VI courtiers reminded him of Buchanan, and he trembled at his approach. 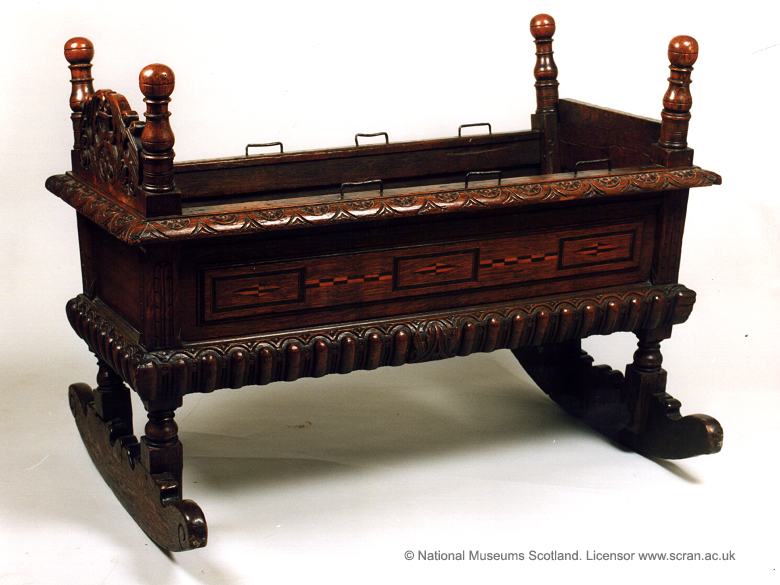 The cradle of the infant King James VI.

Peter Young was the younger of James VI’s teachers. Young was a scholar newly returned to Scotland from studying in Geneva. He was a far gentler man than Buchanan. It was said of Young that he was loath to offend James VI at any time. Subsequently, the king grew genuinely fond of Young.

James VI was not without classmates in his schoolroom in the Prince’s Tower. Numbered amongst his fellow pupils were the young Earl of Mar (four years the king’s senior) and Lord Invertyle.

Top of the class

George Buchanan believed that a king should be the most knowledgeable man in the realm and he pushed the young James VI hard in his studies. A library of around six hundred volumes was assembled, probably the largest private library in Scotland at that time. The majority of the books were in Latin, many were in French, and some in Greek, Spanish, and Italian. There were a surprisingly low number of English language volumes. 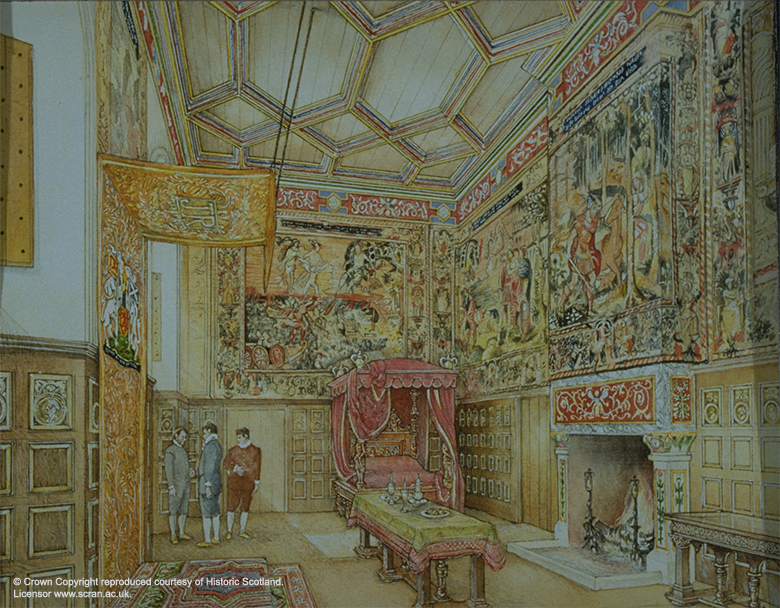 Reconstruction of the King’s Bedchamber in the Royal Palace at Stirling Castle, built by James VI’s grandfather James V.

A heavy emphasis was placed upon instructing the king in Latin. Testament to this fact was given by James VI himself. He scribbled in one of his copy books ‘they gar me speik Latin ar I could speik Scots’.

James VI’s studies included the classics: theology, history, geography, arithmetic and poetry. His daily routine consisted of prayer, followed by Greek, and then breakfast. This was followed by the study of Latin. After dinner other subjects were pursued, such as composition, arithmetic, and geography.

In 1574 the English ambassador, Sir Henry Killigrew, visited Stirling Castle. He marvelled that the 8-year-old James VI was able to translate a passage from a Latin Bible into French and then into English.

James VI’s education at Stirling Castle nurtured a true scholar and a genuine intellectual. As an adult, he wrote several works, including The Trew Law of Free Monarchies, Basilicon Doran (written for his son, Prince Henry, as a guide to kingship), Daemonologie (his treatise on witchcraft), and the Counterblast against Tobacco. During his visit to Oxford in 1605, James VI commented that if he were not a king he would have wished to be a don, a lecturer at Oxford or Cambridge University.

The Prince’s Tower has traditionally been regarded as the nursery and schoolroom for royal children within Stirling Castle. Evidence suggests that this building was used for these purposes for Prince Henry and was refurbished around 1593, perhaps in anticipation of Prince Henry’s birth. 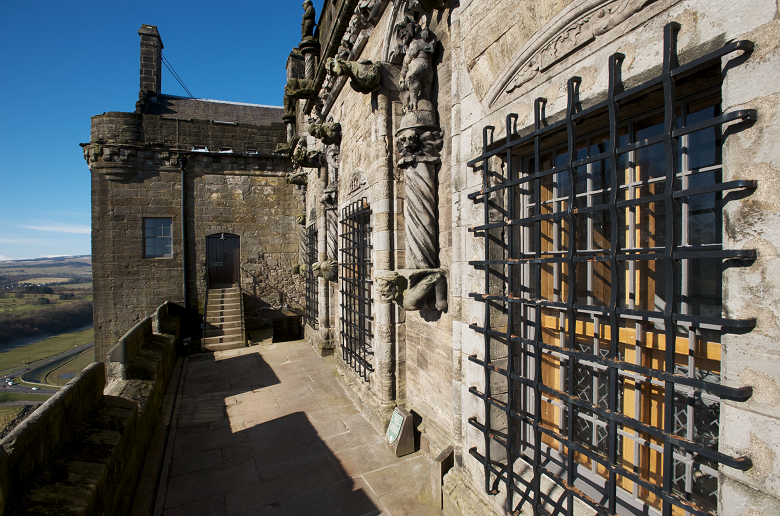 The Prince’s walk at Stirling Castle.

During Henry’s schooling in the Prince’s Tower his main tutor was Adam Newton. Newton was assisted in this role by an Irish poet named Walter Quin. Newton was the son of an Edinburgh baker, who was said to have been demanding but kind. He retained his post as tutor to the Prince after the move to England in 1603. Henry appears to have held his teacher in high regard. In January 1606, Prince Henry wrote to James VI to encourage the king to secure an ecclesiastical benefice for Newton. James VI responded favourably and secured the royal tutor the deanery of Durham.

Prince Henry’s schooling began when he was aged four. He was taught how to write the alphabet, before moving onto more strenuous studies, such as Latin, French, and rhetoric. Henry also had some of the Earl of Mar’s seven sons as classmates during his education in the Prince’s Tower.

James VI made his own considerable contribution to Prince Henry’s education. He wrote Basilikon Doron or His Majesties Instructions to His Dearest Sonne, Henry the Prince. The work was a treatise on kingship that James VI composed to guide and inform his son and heir, Prince Henry. It was originally printed in 1599 in a small print run of just seven copies. Prince Henry, Queen Anna, and Adam Newton were all given one of these copies. In 1603, James VI revised the text and had it published for a wider English readership. 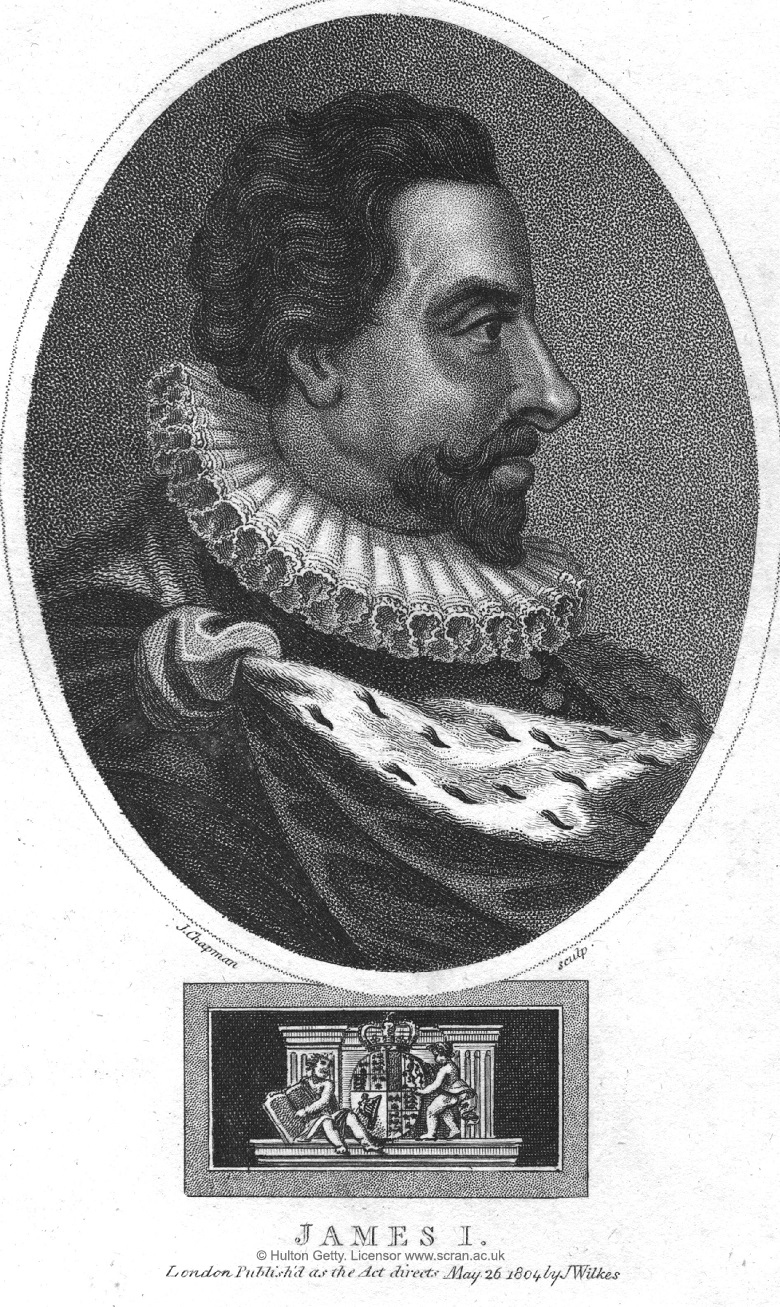 King James VI of Scotland who ruled England as James I.

Basilikon Doron was divided into three parts – as James VI wrote ‘the first teacheth you your duetie towards God as a Christian: the next, your duetie in your Office as a King: and the third informeth you how to behave your selfe in indifferent things’.

Sir Richard Preston was appointed to instruct Prince Henry in the use of arms. Preston was a veteran of the Dutch Wars, where he had fought with the Earl of Leicester against Catholic Spain. By 1601 it was noted that under Sir Richard’s instruction, Prince Henry was making good progress in riding and shooting with both bow and gun, as well as in dancing and singing.

Need a hand with your history lessons at home? Head over to Historic Environment Scotland’s learning resources and follow #LearningWithHES on Twitter for a range of educational materials and homeschooling inspiration.