The Stewarts and the Supernatural

This Halloween we take you on a special tour around the castle, following its most famous residents and their beliefs and superstitions.

Halloween, originally called Samhain in Scotland, is a winter festival. Traditionally, it marks the point when summer becomes winter. Similar festivals existed all over northern Europe. The Anglo-Saxons had ‘Blood-Month’ and the Norse ‘the Winter Nights.’ These celebrations could occur anywhere between mid-October and mid-November depending on the region.

Halloween is and was always a good excuse for a party. Samhain or Halloween was a time when people believed supernatural creatures such as fairies, witches and ghosts abounded and they disguised themselves to ward off these perceived supernatural forces. People gathered together, feasting and telling stories; they lit bonfires to rejuvenate the sun; they recalled and evoked their ancestors and foretold the future.

We still do this today: we dook for apples as they bob in a basin of water. Why? Because apples were knowledge-bringing sacred fruit, they grew in the Celtic Paradise, Avalon, and became associated with Eden’s Tree of Knowledge. Tradition says apples could be used to learn about future partners at Halloween. Nuts too, like apples abundant in autumn, were used to test the future vitality of relationships in Halloween rituals. 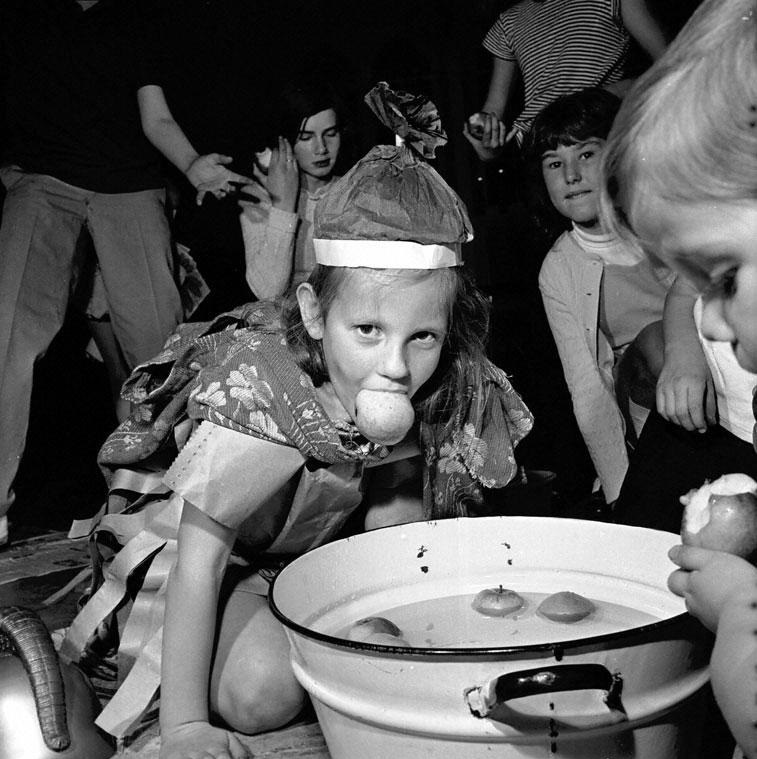 Perhaps the best known tradition associated with Halloween is that of dressing up in a scary costume, visiting neighbours and performing a story, song or joke in return for treats. This activity is called guising in Scotland. Tradition has it that James V himself famously liked to dress up, as the Gudeman o’ Ballengeich, and go down to the villages below the castle and mingle with his subjects.

On the side of James V’s Palace you can see the most macabre figure of them all. The Devil can be found right in the middle of the southern façade, overlooking the main approach to the castle. As this was the most likely point of attack, could the carving have been intended to frighten off the enemy?

The Palace was later home to Mary Queen of Scots, and her son, James VI. 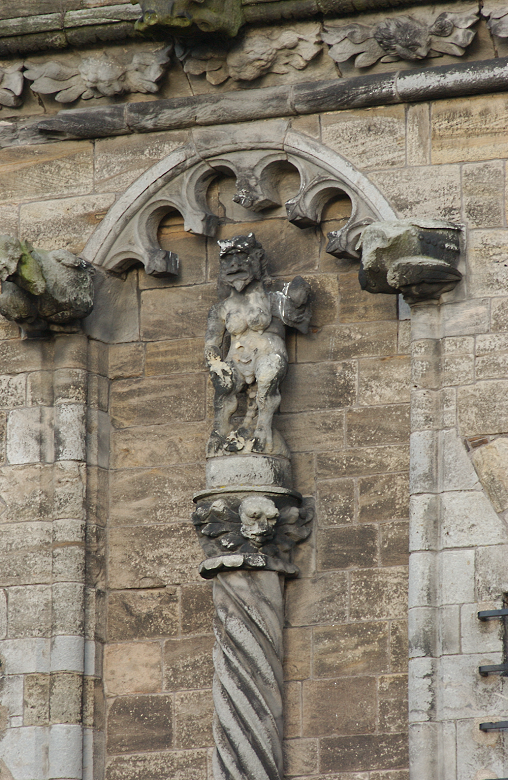 Today a black cape, broomstick and pointy hat are a popular choice of Halloween costume. But the history of so-called witches and witchcraft is a dark one, which resulted in the torture and death of many innocent people.

During Mary’s reign the 1563 Witchcraft Act came into force, the first civil law against witches in Scotland. It condemned to death all those accused of witchcraft or even consulting witches. It was far more draconian than Elizabeth Tudor’s Witchcraft Act, which only made the practitioner guilty, reserving the death sentence for those who allegedly killed by magical means.

The world’s oldest football, dating to Mary’s reign, was found in Stirling Castle, in the rafters above the Queen’s bedchamber. Some believe that this might have been an unlikely charm against witchcraft. Children’s toys were sometimes used in this manner, being associated with the purity and innocence of children. 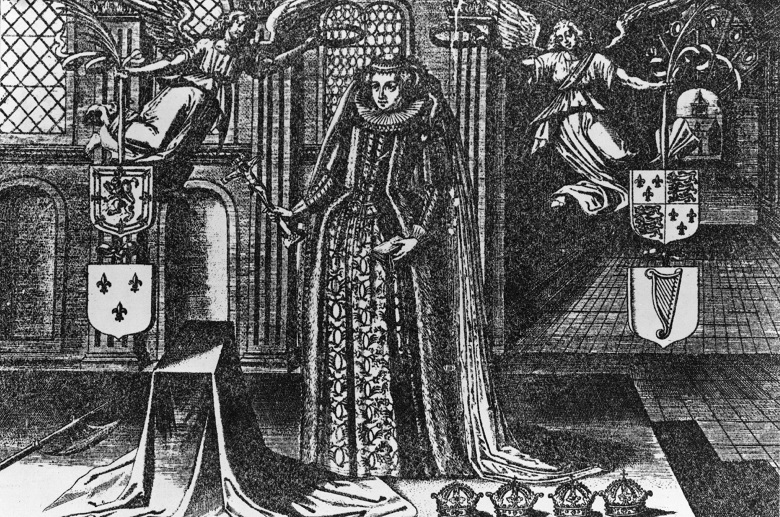 There are potential witch marks, signs to ward off the evil influence of witches, in the Palace. On the main door you might spot a mark with the linked initials AMV, Ave Maria Virginus. On the inside of the door to the King’s closets a circular mark with a petal-like design of a marigold can be seen. It has been suggested that these marks may date to James VI’s reign rather than Mary’s, especially as James is said to have had a strong interest in the supernatural.

James VI had a particularly strong desire for such protection. He believed witches had tried to kill him and his wife, Anne of Denmark, by trying to raise a storm as they returned from Denmark in 1590. This had serious implications for the accused at the time. The following year he led an enquiry into the case of these so-called witches. Nearly 100 people were charged as a result. James even wrote a book on witchcraft called Daemonologie, sparking off another major witch-hunt in 1597.

Interestingly, it’s suggested when James VI moved to England in 1603, his attitude became more sceptical. By the 1700s people generally began questioning the use of torture to extract confessions – and the existence of witches altogether. In 1735 a new Witchcraft Act replaced the 1563 Act. The crime of witchcraft now became that of pretending to be a witch. The maximum sentence was a year in prison rather than execution. 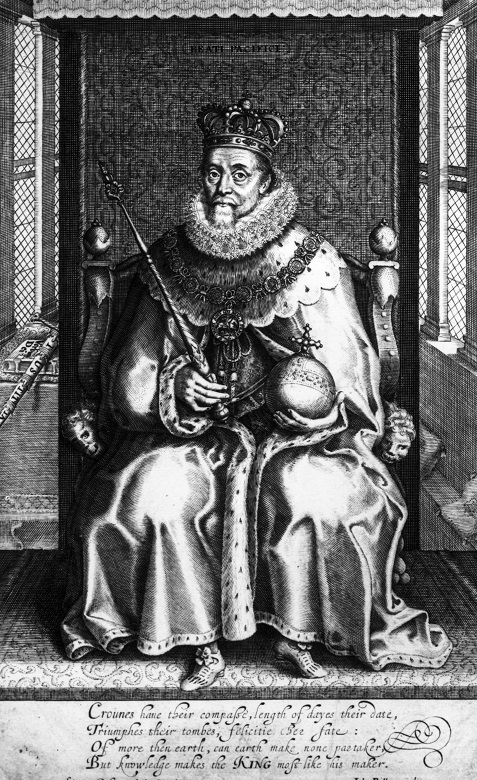 We still enjoy a good story about fairies, ghosts, witches and magicians (just look at the phenomena of Harry Potter). Lots of people enjoy a party at Halloween. Our ancestors were fascinated by the supernatural and built their own customs and traditions based on their beliefs.

Russel Moran is guide and steward at Stirling Castle. He previously worked as a steward at other Historic Scotland sites, including Inchcolm Abbey, Aberdour Castle and Dunfermline Abbey and Palace.