Tricia Golledge from our guiding team at Stirling Castle came across a fascinating story from the Argyll and Sutherland Highlanders when they were stationed at the castle in the early 1900s. We caught up with her to hear more about the tragic fate that befell a soldier at the Great Hall.

I am very lucky to have the privilege of working at Stirling Castle as a tour guide. As you can imagine that involves learning a great deal about the buildings here at the castle and I can’t help but have a favourite. The Great Hall is without a doubt where I like to wander through the most.

A Hall Full of History

A visitor to the Great Hall today might walk in and be impressed by the size and the grandeur of the hall. If they know a bit of history, they might be able to picture James V and Mary of Guise entertaining their guests here on a lavish scale. Or if a visitor has a little less interest in history, they may still be equally impressed by the fact that this was where Mel Gibson partied the night away after the premiere of Braveheart. 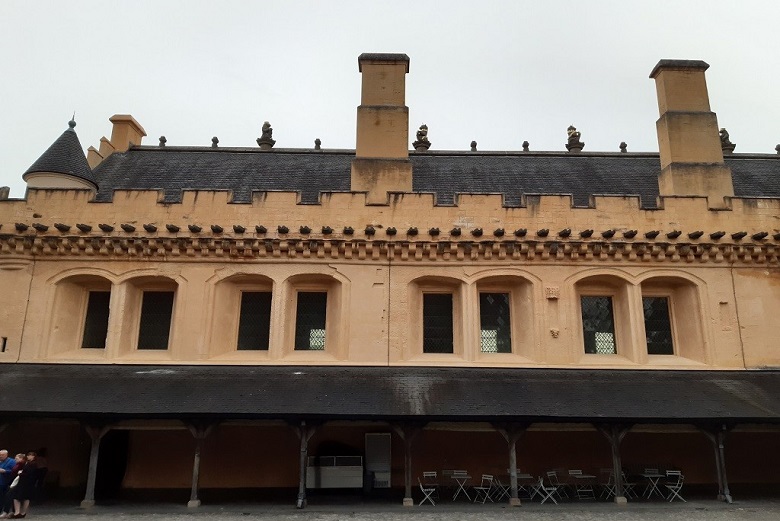 When I am in the Great Hall, especially in the early morning when I am opening up, I can’t help but imagine the people who wandered around here in the past. Has my hand touched the same door jamb as James V? Have I stood in the same spot where the young Earl of Mar came to blows with his uncle over control of James VI?

But the Great Hall has not only been a venue used for celebrations and some visitors might not know that it was turned into a barracks in the 18th century. It was the home of the Argyll and Sutherland Highlanders when they took over the Castle as their regimental headquarters in 1881. 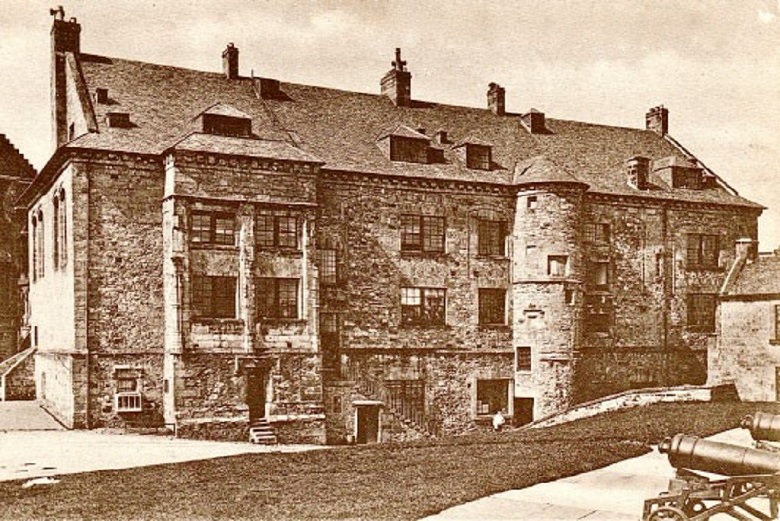 The Great Hall as barracks for the regiment. With Kind Permission of the Argyll & Sutherland Highlander’s Museum

As a writer I am just as intrigued by the stories of individuals as I am by the legends of Kings and Queens. Often, the normal man will have just as interesting a life as Royal figures. Take Edward Alexander, a Private in the Argyll & Sutherland Highlanders who was stationed at the Castle in 1900, for example. This would have been a time of heightened atmosphere at the Castle. Recruits undergoing their basic training would have been joined by additional soldiers being kitted out to go and join the 1st Battalion, who were mobilising to join British forces in South Africa. 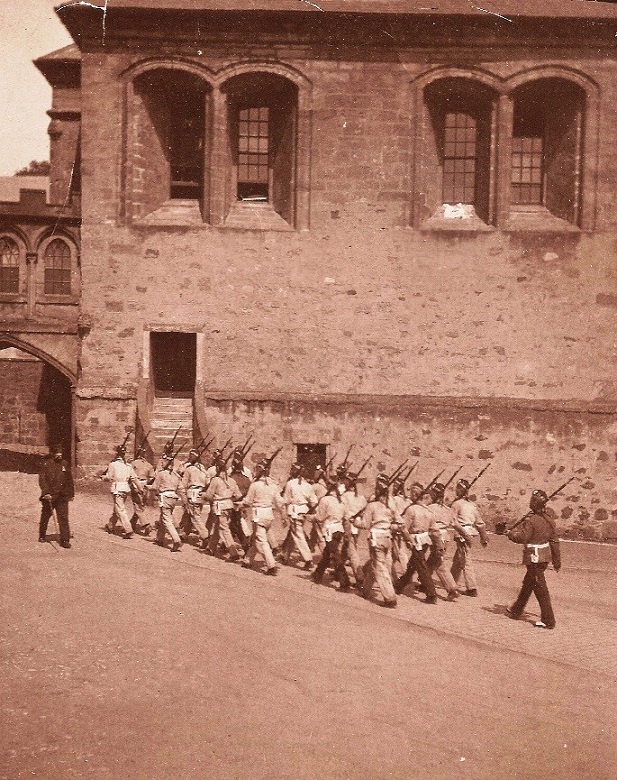 Edward Alexander had a more interesting background than the average recruit, having been born in the Caribbean and educated at private schools.

His father, Arthur Alexander was the Immigration Agent in Demerara, modern day Guyana, and was responsible for the welfare of the thousands of indentured labourers that were shipped to Demerara from India to work in the sugar plantations. Edward’s older brother George was also in Demerara as a police official. Unfortunately, George was involved with a local, Indian woman and when her husband took them both to court for the return of jewellery the resulting scandal meant George Alexander had to resign.

On the evening of the 27 July 1900 Edward was relaxing on his bed in the barracks along with his mates Private Bell and Private Burgess. They may have been chatting about their day or even rifle drill. But what started as a pleasant evening would end in tragic accident.

Private Bell had some ammunition that he had stolen from the rifle range – a live round and an empty shell. He and Burgess loaded their rifles and began to practice ‘making ready, presenting and firing’. Burgess had put the live round in his rifle and as Edward was getting up off his bed the gun went off and he was shot in the head. He was only eighteen years old. The incident was investigated by the civilian police and Private Burgess was remitted to the Sheriff for ‘recklessly discharging a firearm’.

The story of Edward Alexander’s death raises more questions than answers. Why did Edward and his brother leave school at the same time when there was a three year age difference? Did the scandal with their older brother George have something to do with it? Why did Bell have a live round in a barracks room and why did Burgess load his rifle with it? What happened to Burgess?

The only thing we know for certain is that Edward Harvey Alexander was buried in the Valley Cemetery, next to Stirling Castle with full Military Honours.