Tour guide Clare Speedie takes us on a tour of the castle, points out some of its secrets and obscurities and previous inhabitants, and answers your most common questions about Stirling Castle.

What do visitors think of when they hear the word ‘castle’? It’s a question I’ve started to ponder all over again in my role as guide at Stirling Castle. It made me think about how things I’d taken for granted might seem strange to a newcomer. In response to this, I’ve chosen three things which seem to take people by surprise when coming to visit us for the first time. 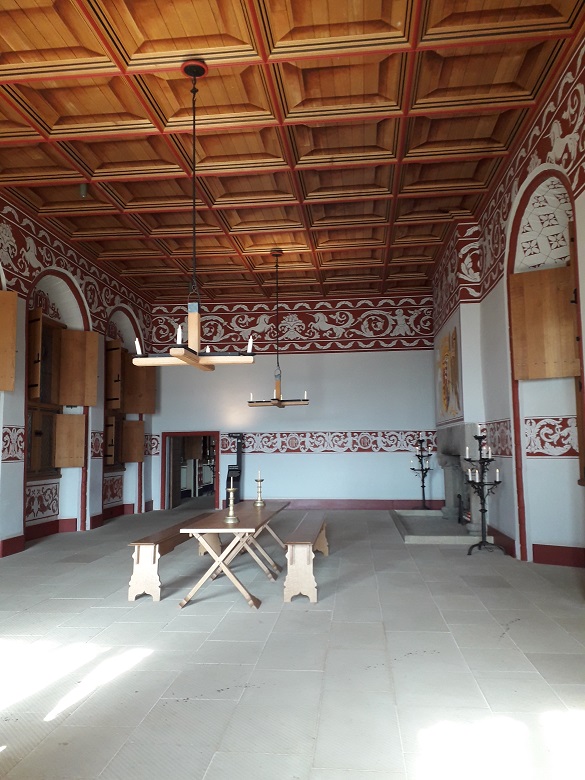 The Queen’s Outer Hall in the Royal Palace

Question 1: Was that really the colour of the Great Hall?

That’s a pretty standard response to seeing the yellow-gold of the Great Hall for the first time. And the simple answer to it is – yes.

It’s not what we tend to learn from our school books, but people have always liked a bit of colour around them. Here it’s achieved by adding ground yellow ochre to the lime harling mix, giving an actual king’s golden colour to the hall.

Perhaps it makes some visitors reach for their sunglasses due to its brightness in the sun, but imagine it existing in a world lit primarily by dim candles. With that in mind, it becomes clear why bright colours were so appealing. Walk into the restored Palace and you’ll see even more evidence of it there, where rich blues, reds and purples are joining the gold.

Question 2: In a dimly-lit 16th century world, the food must have been pretty drab too, right?

Well, no actually – not if you were going to be eating in that golden king’s hall, anyway. Take a few steps below to Stirling Castle’s Great Kitchens and open one of the recipe books. Yes, they ate a lot of bread – an awful lot. But what about that spiced bread with currants? A special import from France, Scotland’s old ally. And those tasteful table decorations were literally meant to be tasted as well. A model of Stirling Castle was once said to have been placed on the high table as decoration and was made of pure (and very expensive) Mediterranean sugar. Hardly local fare. 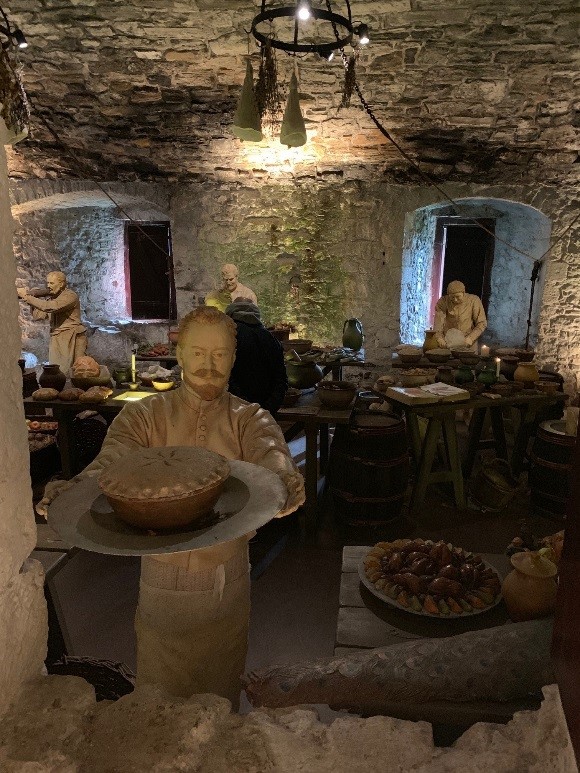 The Great Kitchens at Stirling Castle

Question 3: Surely ‘secret passageways’ in castles are a myth though?

Yes and no to this one. You won’t find it now, but any visitor who strolls down to the Nether Bailey will find themselves standing in front of an odd grassy mound by the wall walk. Long blocked up, this was the site of a postern gate. It acted as an emergency exit from Stirling Castle in times of trouble. It may even have been the route taken by a mischievous James V, disguised as ‘the Guidman of Ballengeich’. Dressed as a farmer, James would allegedly sneak out to walk amongst his people incognito to hear what they thought of him. Were they fooled, I wonder? 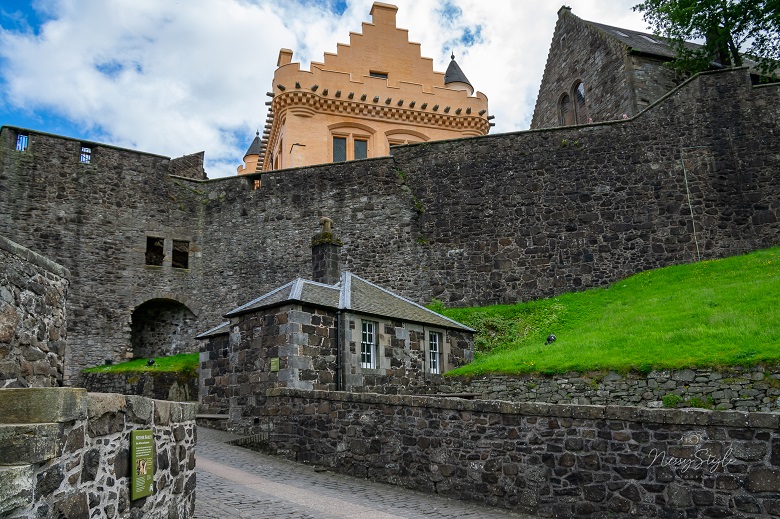 I could tell many more stories – Stirling Castle is a big place, after all. The best way to find out more, or perhaps to add even more questions to your list, is to come and see it for yourself. We have plenty of stories to tell during our guided tours, which leave every half hour from the Outer Close.  Our Living History performers in the Royal Palace are also always happy to share their anecdotes of Renaissance court life and to answer any questions you might have.

About the author
Clare is a member of the guiding team at Stirling Castle. She’s familiar with every part of her unusual workplace and enjoys helping visitors explore it.