On International Book Lovers Day read extracts from a few of the bestselling books in which Stirling Castle is a key character.

For International Book Lovers Day, we caught up with Alasdair Burns from the publishing team at Historic Environment Scotland who highlighted his favourite books featuring stories about Stirling Castle.

From the journey of the Crown Jewels to Sara Sheridan’s guide to an imagined Scotland through a female lens, Stirling Castle features in a variety of our books. You can read extracts from some of them below.

Who Built Scotland – 25 Journeys In Search of A Nation 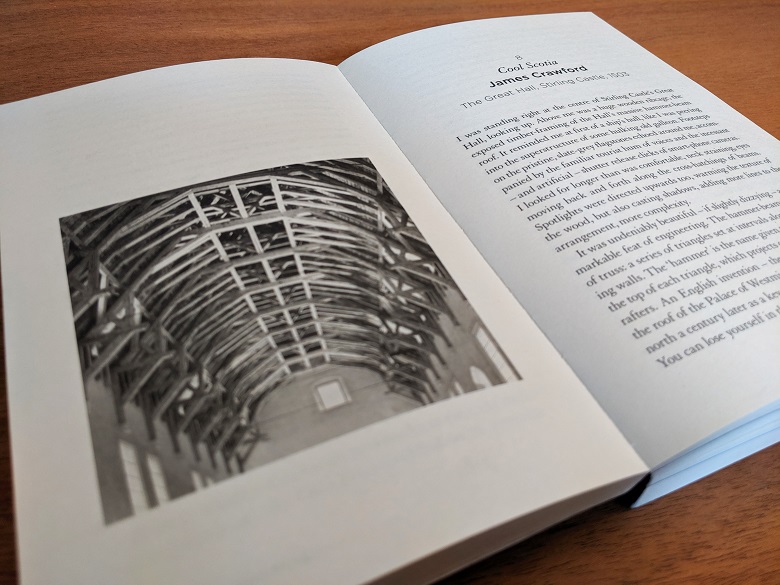 ‘In the late eighteenth century, it was the diminished state of the castle that was provoking anger. Looking out from his lodgings while passing through Stirling in 1787, Robert Burns was so incensed by the sight of it – and the absence of a roof – that he diamond-cut the following lines in the window glass of his room:

Here Stewarts once in triumph reign’d,

And laws for Scotland’s weal ordaine’d;

But now unroof’d their Palace stands,

Their sceptre’s fall’n to other hands;

Fallen indeed, and to the earth,

A Race outlandish fill their throne;

An idiot race, to honour lost;

Who knows them best despise them most

This poem wasn’t really about architecture of course: it was about politics. For Burns, Stirling Castle had become a grey symbol of the extinguished vibrancy of a royal dynasty he admired and whose passing, on some level, he still mourned.’

In Who Built Scotland, Kathleen Jamie, Alexander McCall Smith, Alistair Moffat, James Robertson and James Crawford travel across Scotland to tell the story of the nation, from abandoned islands and lonely glens to the heart of our modern cities.

Where Are The Women? A Guide To An Imagined Scotland 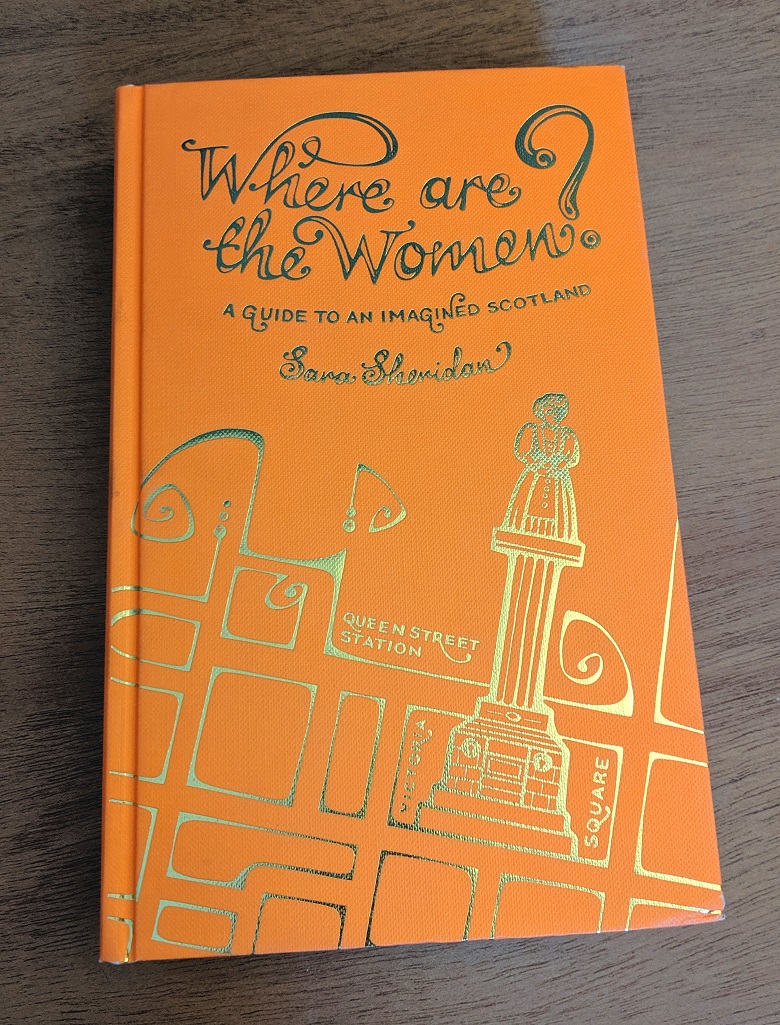 ‘Stirling is home to several sites of military interest including Stirling Bridge and Bannockburn. The castle, which dominates the landscape, was the home of the Stuart royals and site of the coronation of Mary Queen of Scots. The gardens on the sunny south side of the castle are dedicated to Queen Anne (1574–1619), the daughter of the king of Denmark whose ethos was out of step with Presbyterian Scotland. (…) The garden is planted with healing herbs and flowers in memory of the many unnamed women who attended the casualties of the battles for which the area is famous.’

Can you imagine a different Scotland, where women are commemorated in statues and streets and buildings – even in the hills and valleys?

Where Are The Women? is a guidebook to that alternative nation, where the cave on Staffa is named after Malvina rather than Fingal, and Arthur’s Seat isn’t Arthur’s, it belongs to St Triduana. Where you arrive into Dundee at Slessor Station and the Victorian monument on Stirling’s Abbey Hill interprets national identity not as a male warrior but through the women who ran hospitals during the First World War.

You can read more about the book on the Historic Environment Scotland blog.

The Honours of Scotland 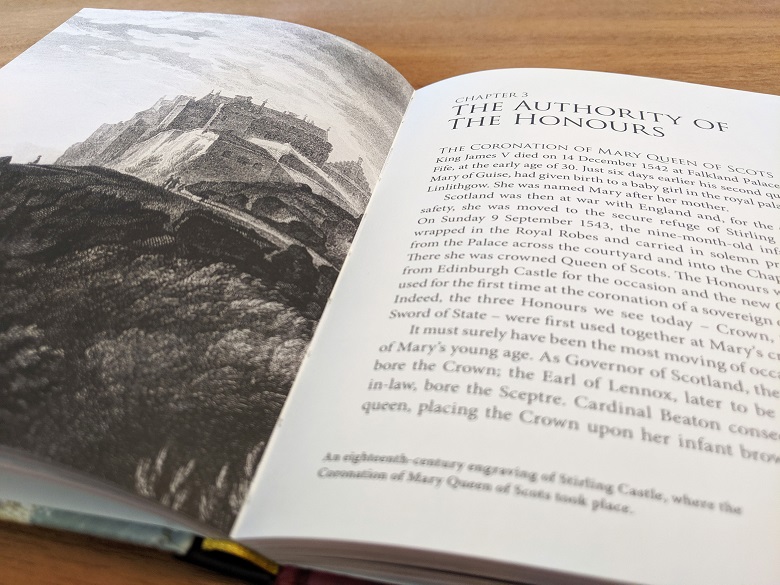 ‘Straightaway the Honours were removed from Edinburgh Castle and taken north, to the safety of Stirling Castle. At the same time preparations were made for the Coronation of the new King. On 1 January 1651, in the tiny church atop the Moot Hill at Scone, King Charles II was enthroned. It proved to be the last coronation to take place in Scotland.’

The Honours of Scotland tells the turbulent story of the Honours – Scotland’s crown jewels – and the equally dramatic tale of the Stone of Destiny. Over the centuries, Scotland’s monarchy experienced relentless conflict and shifts in power. But throughout all of the struggles, there remained one stalwart reminder of the authority of the monarchy: the Honours of Scotland. For centuries, these priceless objects were entangled in the intrigues of Scottish noble and royal families. Hidden, stolen, mended, remade their survival depended on the brave actions of many Scots.

A History of Scotland’s Landscapes 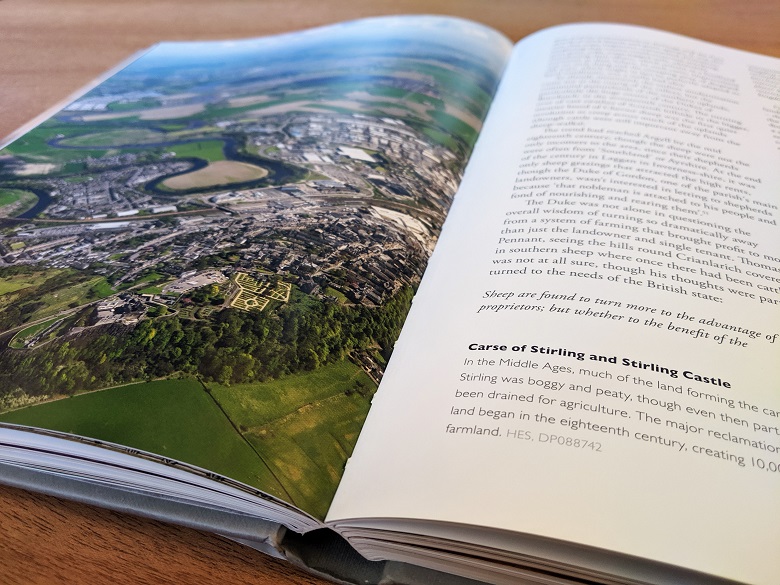 ‘The remains of the pleasure grounds constructed in the 1630s for Charles I’s only visit to his Scottish kingdom are also still visible to the south of Stirling Castle:

Beneath, on the flat, are to be seen the vestiges of the gardens belonging to the palace, called the King’s Knot; where, according to the taste of the times, the flowers had been disposed in beds and curious knots, at this time very easily to be traced in the fantastic form of the turf. Above these walks is the Ladies Hill; for here sat the fair to see their faithful knights exert their vigour and address in the tilts and tournaments, performed in a hollow between this spot and the castle.’

The product of an eighteen-year project to map every inch of the Scottish landscape, A History of Scotland’s Landscapes explores the many ways that we have used, adapted and altered our environment over thousands of years. Full of maps, photographs and drawings, it offers a remarkable new perspective on Scotland – a unique guide to tracing memories, events and meanings in the forms and patterns of our surroundings.

Ready to indulge in those Stirling Castle reads? You can find all our publications in our Historic Environment Scotland shop and order the featured books online or find them in the Stirling Castle shops.

Alasdair Burns is a book designer working in the Publishing team at Historic Environment Scotland.