Behind the Scenes, History

Get the inside scoop on the history of iconic ice cream van which has been serving summer treats to castle visitors for over 50 years!

Have you had tried the delicious ice cream that is sold on the esplanade at Stirling Castle?

For National Ice Cream Day, Wilson Asher from Asher’s Ice Cream takes us on a walk down memory lane all the way back to when his family started selling ice cream at Stirling Castle in the 1960s.

We sat down with him to chat about the history of the ice cream van, selling sweet treats to castle visitors and famous encounters. 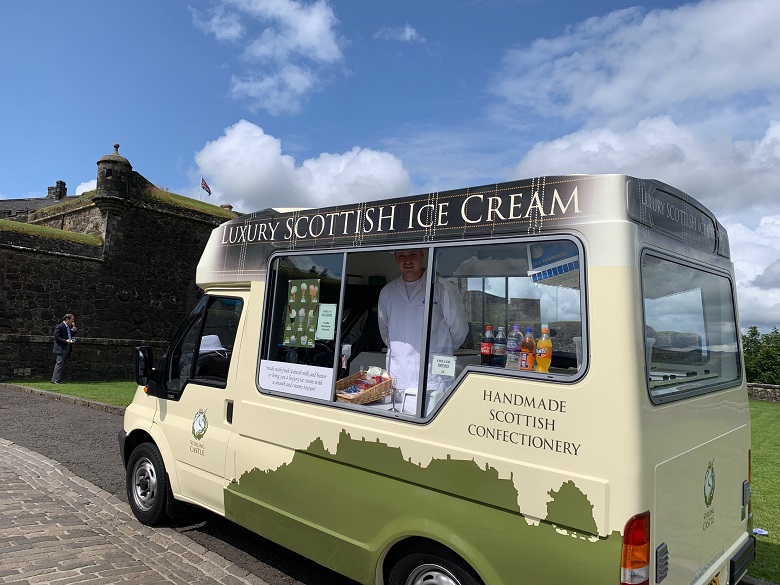 When did you start selling ice cream at Stirling Castle?

It was at some point in the early sixties although we have no definitive date. The only anecdotal evidence came from my mother who worked on the van at this time.

Could you tell us how the Asher’s ice cream vans started?

My grandfather William first set up in business in 1924, selling fish and fruit from a Morris van when he lived in Barn Road, just below the castle. He subsequently moved to Kildean in 1933 and branched out into ice cream in 1936.

My father William joined him in the business in 1946 after returning from serving in the Argylls [The Argyll and Sutherland Highlanders] during WW2. He can be seen below next to his van in 1957, which was the first of many of its type as the popularity of street trading ice cream vans was just taking off. 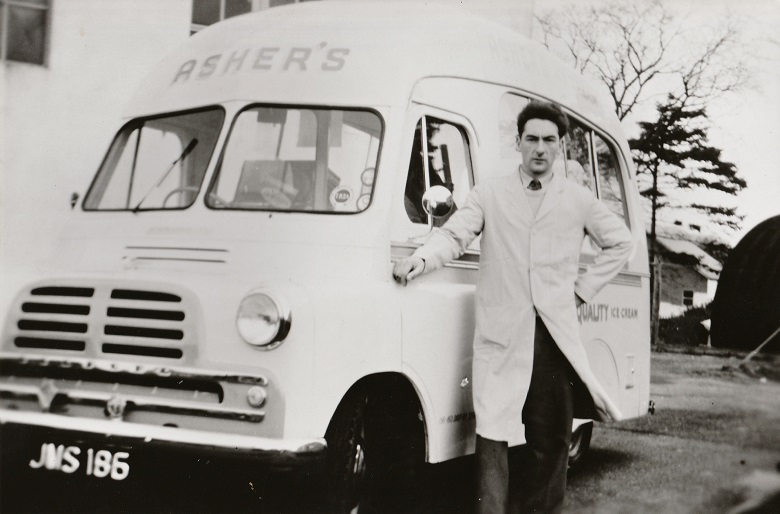 When are you selling ice cream on the esplanade? And are you there in any weather?

We trade from April to October with the busiest times being the Easter holidays and the months of July and August. The weather can be our best friend when the sun shines and our worst enemy when it rains. Given the vagaries of the Scottish weather we can have prolonged dry and wet spells at any time during the season. Either way, we are out on the esplanade during these months Monday to Sunday.

Which ice cream flavour has proved the most popular one over the years?

In the early days, we only sold vanilla ice cream due to the rather simple insulated cabinets the vans had at the time. However, vanilla still remains the number one choice today.

Can you estimate how many scoops of ice creams you have sold at the castle since the 1960s?

I could not hazard a guess at how many scoops of ice cream we have sold. Suffice to say we, and all our long serving staff, have fairly well developed biceps! 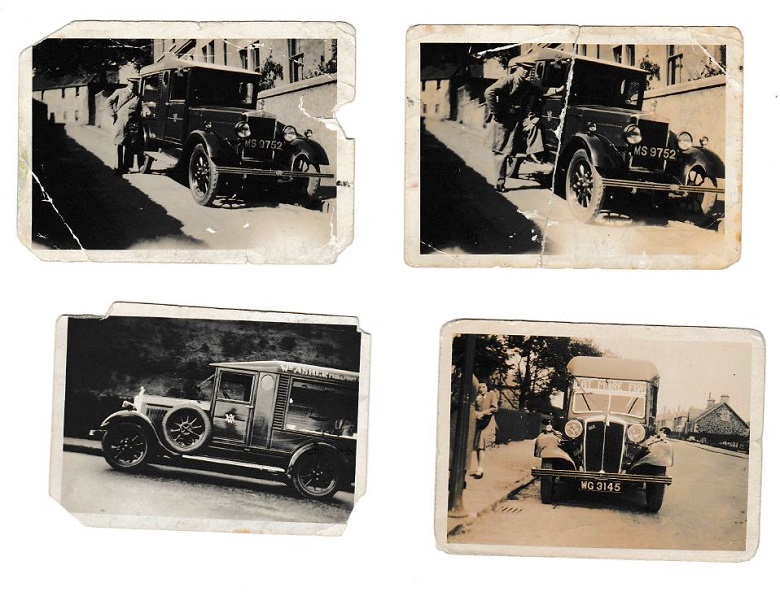 Before the Asher family branched into the ice cream business, Wilson’s grandfather sold fruit and veg to the people of Stirling from a Morris van

How do you engage with the visitors at the castle?

An ice cream van seems to be an icon of Britain like red double decker buses. It’s a great novelty to some of the foreign visitors. Especially visitors from overseas love taking a photograph of the van, their ice cream, and themselves with the ice cream in front of the van. Our members of staff are probably the most photographed people on the castle esplanade. (Maybe with the exception of Robert the Bruce!)

Are there any stories about selling ice cream on the esplanade that stand out?

We meet loads of interesting people from all over the world each week, as well local regulars who make their trip up to the castle every week. My mother can also remember encounters with Jim Baxter, the famous Rangers and Scotland footballer, who was stationed at Stirling Castle during his national service in 1962. She remembers him as a regular customer and described him as a bit of a “cheeky chappy”. 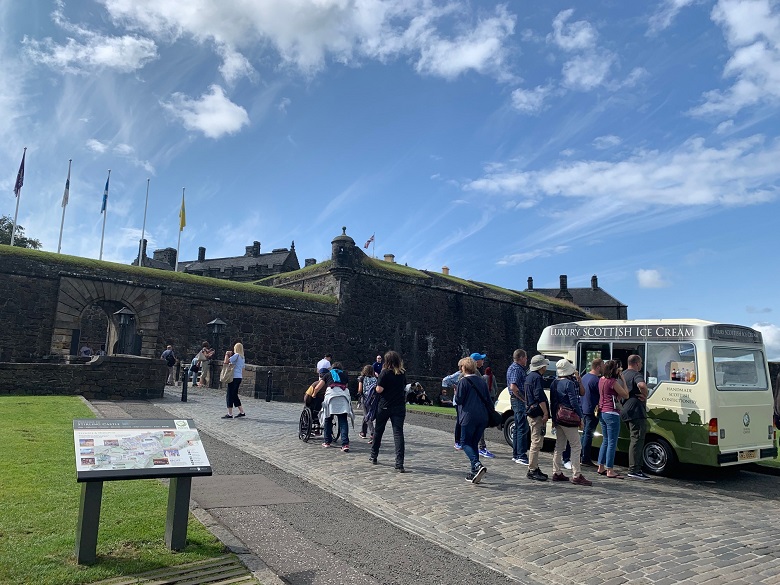 Cone and get it!

There are many days of summer left to get your scoops of ice creams on the castle esplanade! Remember you can save money by booking your ticket online in advance of your visit. Make sure you stop by Asher’s ice cream van and share your pictures with our social media channels!