Behind the Scenes, Events

Rosie from the front of house team takes us behind the scenes of the recent Chapterhouse Theatre production of Wuthering Heights in the Great Hall at Stirling Castle.

One of my favourite things about working at Stirling Castle is the opportunity to work the numerous events that take place in the evenings here, from weddings to corporate dinners to book discussions.

My favourite events to work, however, are the theatre productions. With such a stunning backdrop and a truly spectacular atmosphere, is there really a better venue for theatrical displays? Nothing beats seeing the guests’ delight in the scenery at the castle and their enjoyment of a riveting performance. Therefore, when I had the chance to work at a theatre adaptation of Emily Brontë’s classic novel Wuthering Heights, I signed up straight away.

But have you ever considered the preparation and work by castle staff to run the events at Stirling Castle?

It was a fairly dreich Scottish evening – the perfect Wuthering Heights atmosphere in my opinion. The decision had been made for the performance to be moved from the Queen Anne Gardens into the Great Hall. Rain on the performers and visitors in an outdoor setting probably would have been a bit too dramatic, even for a play set on the Yorkshire Moors!

The evening’s work started at 6:15pm with an event briefing and delegation of duties. For me that meant off to the ticket office to process purchases and sell the remaining few tickets – less than 15 remained, with over 200 sold, so it was certainly a popular event! At 6:45pm the castle doors opened and guests eagerly entered to try and get those highly desired front row seats. The performance began just after 7:30pm. I stayed in the ticket office until 8pm for any latecomers, before heading up to join colleagues in the Great Hall. 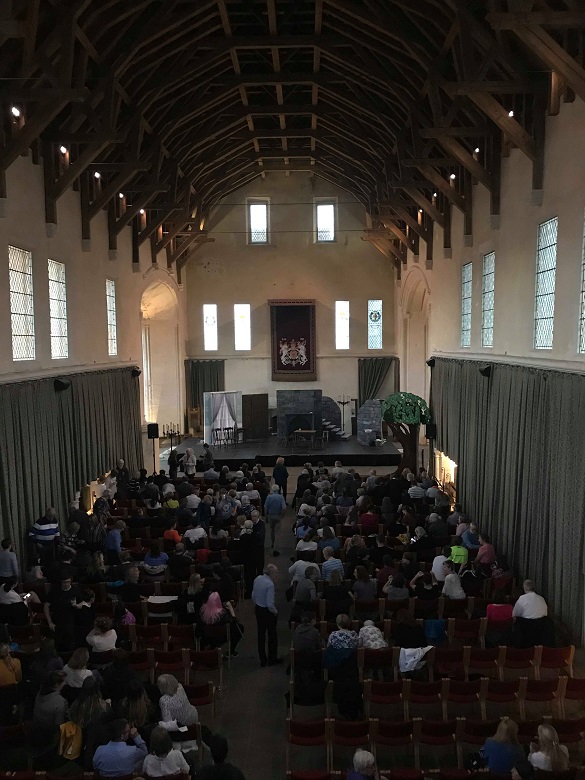 Guests arrive in the Great Hall

During performances, the main priority for castle staff is to ensure the safety of all visitors.  One of the key roles within this is fire picketing. We need to be alert for any potential fire, and prepared to guide visitors to designated safety points. Alongside this, we are there to help and direct guests as needed.

The play was broken up with a twenty-minute interval, where guests had the chance to catch the last daylight in the courtyard. In the second half of the performance, I was lucky enough to have a fire picket position at the back of the Great Hall, so I was able to enjoy some of the production.

I hadn’t read Wuthering Heights since studying it in school a fair few years ago. It certainly brought back some memories! I have to admit, I am still (controversially, I know) not a Heathcliff fan. He’s far too much trouble for my liking! 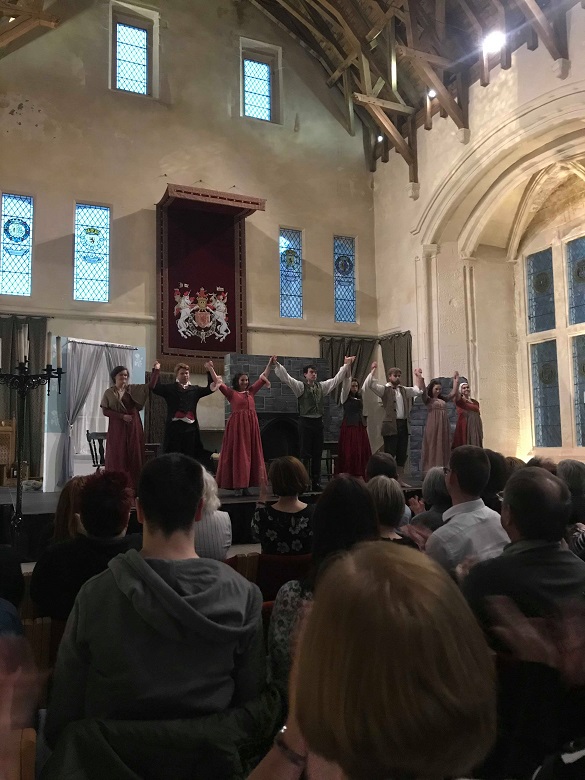 Cast members at the end of the performance

Who needs the gym?

Guests left the castle just after 10pm, but for staff, the night was far from over. As the actors recovered from their evening’s work and the stage was taken down, myself and colleagues began to clean up the hall. Who needs a gym membership when you have over 230 chairs to stack and a Great Hall to clear? By 10:30pm however, we were finally done. A full day’s work as well as the evening function meant I was pretty tired by this point!

It was another great event at Stirling Castle. It’s a great feeling to leave the castle as night is falling and to admire the place you are lucky enough to work at. I’m already looking forward to working another evening event! 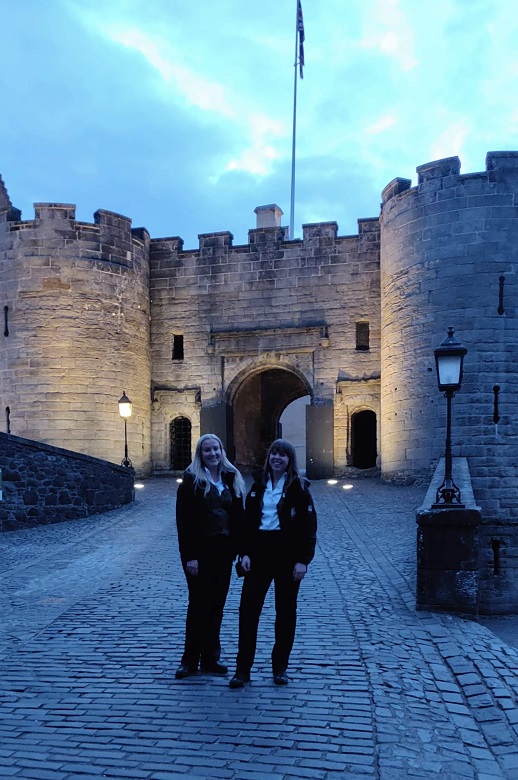 Myself and my colleague. Laura, celebrating a successful night’s work

Rosie Thorp predominately works within the front of house team at Stirling Castle. She has an interest in art, history and heritage, and holds an MSc in Museum Studies from the University of Glasgow.