There’s been a murder!

Stirling Castle has overseen conflict, imprisonment and more than one untimely death. From royal revenge to gruesome discoveries, this blog delves into the stronghold’s dark past.

Standing on a high volcanic crag and dominating the surrounding landscape, Stirling Castle has witnessed some of the most crucial moments in Scottish history.

The castle has seen many a birth, coronation and arrival of newly married couples through the centuries – but it also has a dark side. Read on for four of the most gruesome examples of murder, death and execution connected to Stirling Castle.

Off with his head!

James I returned to Scotland in 1424 after he had been imprisoned in England for 18 years. He chose Stirling Castle as the place to enact his revenge against those he felt had done too little to facilitate his release.

One man on James’ list was Robert Stewart. He was the keeper of the castle from 1373, and later Duke of Albany. Robert had died in 1420 so James decided to settle the score with his son and successor, Murdoch. The King had Murdoch beheaded alongside his two sons and father-in law, the 80-year-old Earl of Lennox, on the ‘heading hill’ close to the castle.

The ruthlessness of his actions surrounded James with enemies. It may have contributed to the king’s assassination in Perth in 1437. 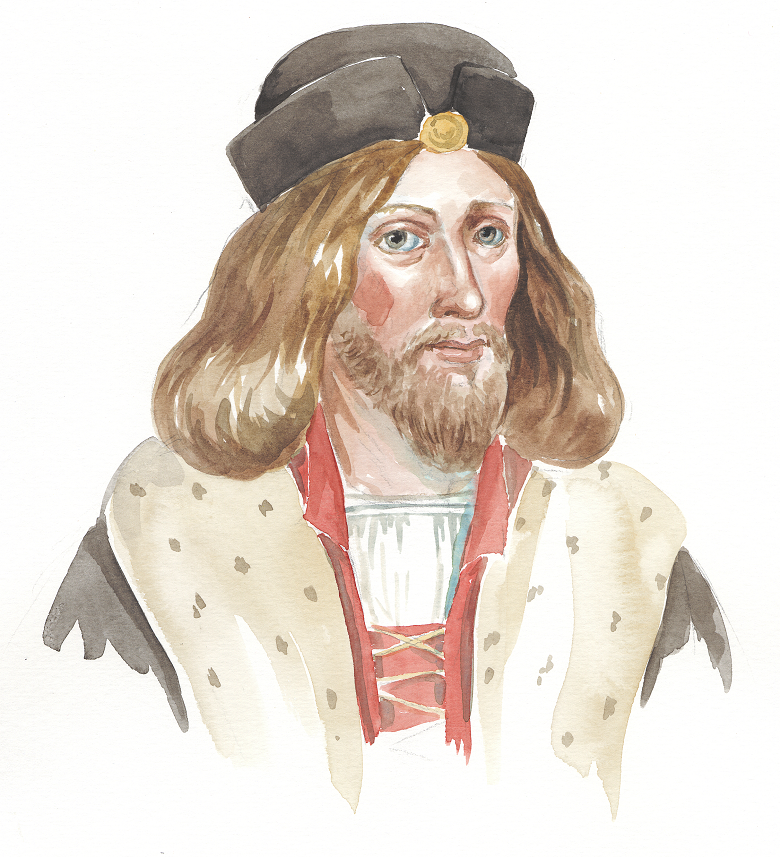 James I of Scotland

An invitation to murder

James II seemed to have inherited his father’s disposition for a bloody streak.

He was involved in a bitter dispute with the Douglases, the leading noble family during his reign. In an apparent attempt to resolve their differences, James invited the 8th Earl of Douglas to Stirling Castle.

However, when the earl proved reluctant to comply, the young king lost his temper and stabbed him. One his courtiers followed the king by striking out Douglases’ brains with a poleaxe.

“A martyr to the cause of truth and justice” 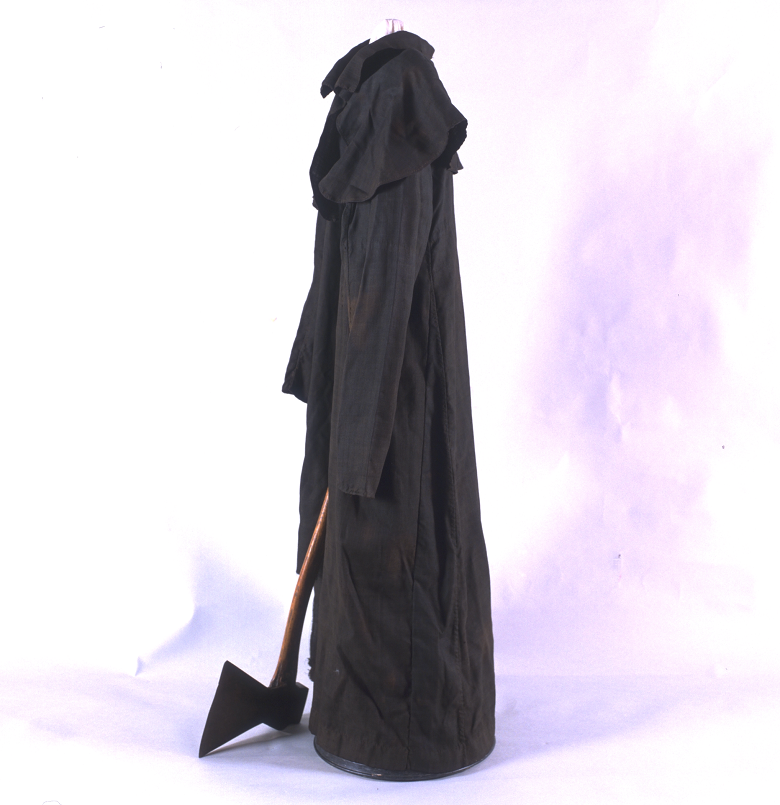 Of all the prisoners held in Stirling Castle over the centuries, John Baird and Andrew Hardie are probably the most celebrated.

In 1820, the two weavers attempted to form a trade union to oppose the introduction of mechanised looms and to gain better political representation. This escalated into an armed insurrection known as the Radical War.

Baird and Hardie were arrested as ringleaders and held at the castle for several months. They were convicted for high treason and sentenced to death. At their execution Hardie declared to the large crowd,

“I die a martyr to the cause of truth and justice.”

A medical student dressed in the cloak pictured above, was employed to strike off the prisoners heads after their death from hanging.

Skeletons in the (castle) closet

More recently, two other violent deaths were discovered during excavations of the Governor’s Kitchen.

The skeletons of a man and a woman were roughly dated to the 1300s. They showed several hideous injuries. The man’s skull had healed from a previous injury from a sword or axe, but he most likely met his death from the barbed arrowhead lodged in his chest. It is assumed that he was once a knight.

The body of the woman showed similar marks of brutality, such as a double blow to her skull from a mace.

Traces of a bloody past

Where can you see the traces of the castle’s dark past today?

In the palace vaults you can imagine the secrets and intrigue that happened in the castle over the centuries. You can also find the reconstructed image of one of the skeleton’s as an interactive feature in the castle exhibition.

Want to read more about historic sites, crime and murder? We recommend our blogs about the Bloody Death of Mary Queen of Scots and our new publication of crime stories Bloody Scotland. You can also learn more about the secrets of Stirling Castle in our castle quizzes.