In 1304, Edward I, the Hammer of the Scots, besieged Stirling Castle. A rain of lead balls, Greek fire and boulders fell on the castle. It was ‘game over’ for the Scots when a terrifyingly monstrous weapon arrived on the scene.

Have you seen Outlaw King? Do you remember the bit at the beginning of the film where Bruce looks on as a giant trebuchet flings a pot of “Greek fire” at Stirling Castle? It might surprise you to find out that it’s quite likely that this happened! This siege of Stirling marked the end of Scottish resistance to Edward at the time. Read on as we explore this important episode in Stirling Castle’s history.

A show of resistance

Stirling, 1304. Nearly all of Scotland had been reconquered by Edward I. William Wallace was hiding in the countryside, soon to be betrayed to the English by his fellow Scots.  The Scottish nobles had surrendered, submitting to Edward’s rule in exchange for their lands back. Only at Stirling Castle did any resistance to English overlordship remain.

Sir William Oliphant was the governor and held the castle with about 25 men. On the ramparts, he still defiantly flew the Lion Rampant flag, a symbol of the Scottish crown. In March, Edward had the garrison declared outlaws at his parliament at St Andrews. Preparations began to extinguish the final glimmer of resistance in Scotland. 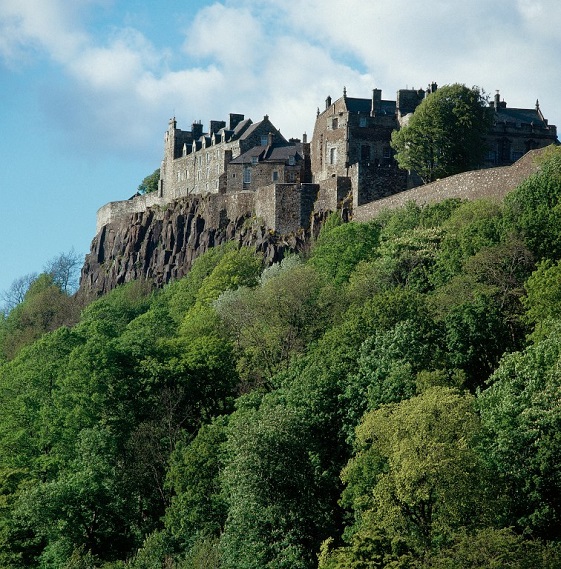 A show of strength

Edward decided to flex his authority in Scotland as he prepared to travel to Stirling. He no longer had to rely on troops and supplies from England alone. Now, he could order his Scottish subjects to help him take their individual castles.

Scottish earls and lords were ordered to send men and horses to Stirling to assist the siege effort. They were also told not to allow their people to try and provision the garrison. Edward did not just want men, though; Stirling was one of the most defensible castles in Scotland and it would require more than bows and arrows alone for it to fall. Materials for siege engines were shipped from Newcastle and Edward ordered the churches in Scotland to strip their roofs of lead and send it to Stirling. On top of “all the iron and great stones of Glasgow”, five carts from Brechin, 12 from Dunfermline and 22 from St Andrews arrived at the castle filled with lead to be used by the English engineers for their siege engines. By the time Edward arrived at Stirling on the 22 April, the siege was ready to begin.

With the English king’s arrival, Oliphant attempted to delay the inevitable by asking for permission to send a messenger to the guardian of Scotland, John de Soules. Considering that de Soules was in France at the time, his request was unsurprisingly denied.

Edward was not a man known for his subtlety, especially in military matters, yet he made sure to obtain submissions from the Scots, and granted their lands back in order to ensure cooperation. He was able to get their agreement to not supply the Stirling garrison.

When the bombardment began, the “Hammer of the Scots” appears to have wanted to simply pummel this last stronghold of Scottish independence into submission.

To do so, he arranged possibly the largest array of siege engines ever assembled by the kingdom of England. The Scots were to be left with no doubt about what another uprising would bring. 13 catapults and trebuchets hurled projectiles at the castle day and night. 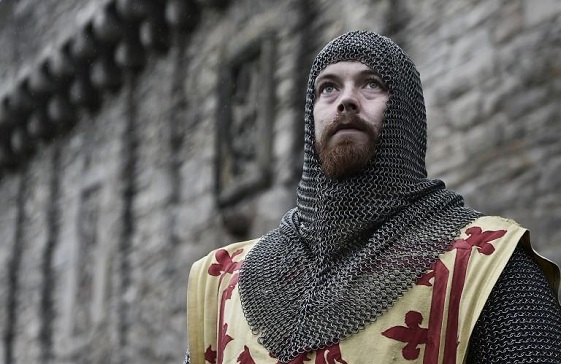 Robert the Bruce, the future king of Scots, was said to have been present during at least part of the siege. In fact, he provided Edward with several siege engines. It’s possible that Bruce’s experience at Stirling contributed to his policy of destroying castles during his own campaign against England.

Against all odds, Stirling Castle held out against Edward’s siege. For three months, Edward watched on as the catapults flung boulders and fire at the castle walls. He was determined to see it fall. Oliphant must have been fairly surprised too. The defences were holding out and still had plenty of salted beef to feed the men. Little did he know that Edward’s engineers had been working on something special…

Five master carpenters and 50 workmen had been tirelessly assembling massive wooden beams, winches and an enormous counterweight into one of the largest trebuchets ever. When Oliphant saw it in its final stages of construction he knew that it was over. He surrendered in an attempt to save his men and the castle from the destructive power of Edward’s hugely expensive new toy. 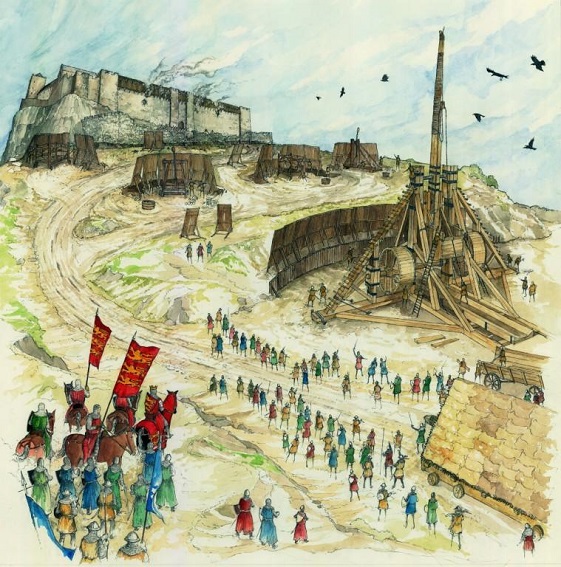 However, Edward was not in a particularly generous mood. This was to be the final nail in the coffin of the Scots and he wanted them to know it. He had a gallery constructed for the ladies of the court to view this humiliating spectacle. The fearsome engine was christened the “Warwolf”. When its 140kg missile was released, it shattered Stirling Castle’s curtain wall. Oliphant and his men were publicly humiliated and sent to England for imprisonment.

The siege had shown the overwhelming resources Edward had at his disposal and his attitude towards Scotland. This was not merely a military operation. Unlike most sieges, Edward did not want to break the castle’s mighty walls just to gain a military advantage, Oliphant had already given up. Instead, he designed a piece of pure political theatre. He did not allow the garrison to surrender, so he could make a public spectacle of his power in the form of the world’s largest trebuchet. 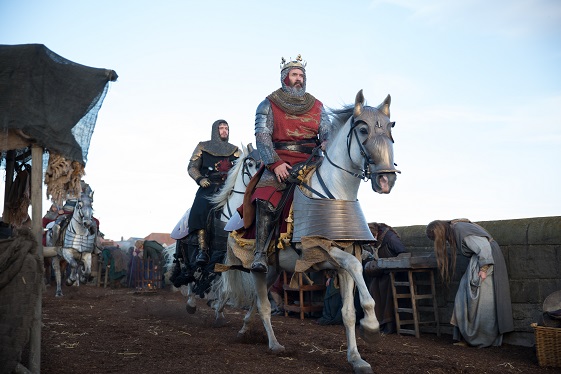 Edward I portrayed by Stephen Dillane in Outlaw King © Netflix

Edward wanted to quench any thirst for resistance in grand and ultimately humiliating style. In showing himself to be overwhelmingly powerful and resourceful, it was not just Scottish military forces that he wanted to crush, it was the idea of an independent Scottish kingdom, an idea of which he had become the destroyer. It was in this atmosphere of total defeat that a young Robert the Bruce launched his campaign to become king of Scots.

If you’re a fan of Netflix’s Outlaw King, check out Historic Scotland’s Bruce Trail. Go behind the scenes and visit the filming locations of Outlaw King and discover the real story of Robert the Bruce.

About the author:
James Macivor works in the front of house team at Stirling Castle. He has a degree in history from the University of Stirling and runs a Twitter account on Scotland’s History.