Castle staff, Did You Know?, History

Ever wondered how long the Queen Anne Garden has been here?

Plant records are sketchy, but we think the space has been a garden since the fifteenth century! We’re on more certain ground when we say the present day lawn was recorded as being a bowling green in the 1620s.

The actual name Queen Anne was bestowed on the garden in the early 1700s. Faced with a possible Jacobite/French invasion the queen ordered improved fortifications for the castle, including a new gate. As this and other improvements are next to the garden, they took her name – although ironically Queen Anne herself never visited Stirling Castle! 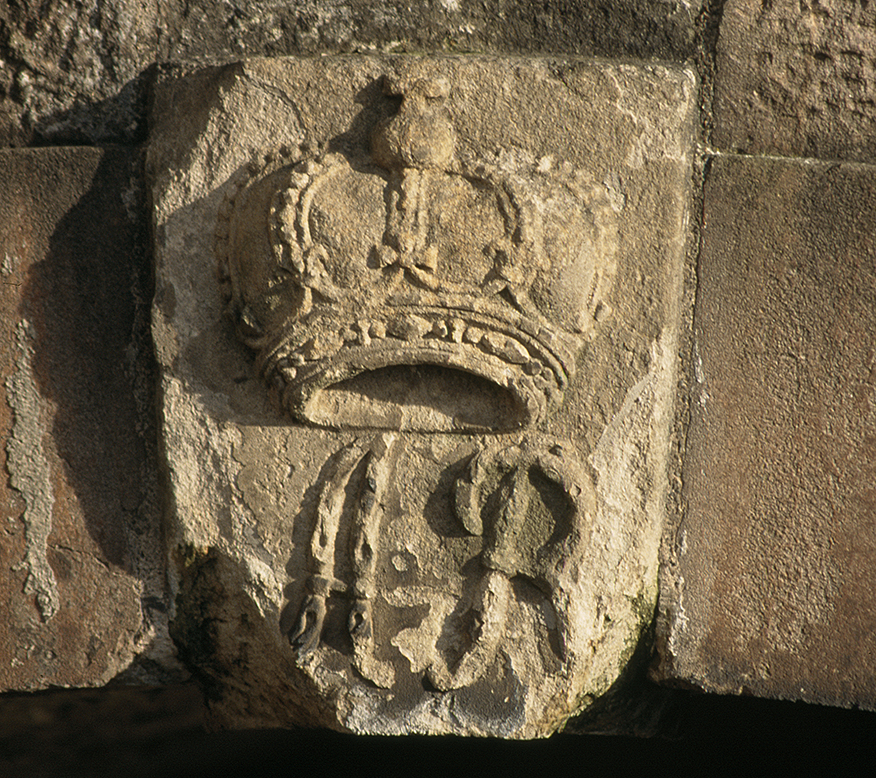 An interesting plan dating from the 1860s shows the Queen Anne lawn area was once quartered by paths with a central ornamental feature. The plans also indicate small trees bordering these paths.

Interestingly though, the magnificent twin beech trees you can see today, which we used to think must be over 200 years old, are nowhere to be seen. To me this suggests they must be younger than we thought, maybe nearer 160. Older (larger) trees would have been more prominent on the plan.

The Queen Anne has never been a ‘time capsule’ of one particular period. It has constantly evolved over the years.

Nowadays, the approach we take to planting is not to focus on re-creating a particular era, but to pick plants that reflect the history of the castle through colour and design.

For instance, this summer we’ve used white Alyssum and Cambridge Blue Lobelia in the upper border to reflect the chequering on the Stewart coat of arms. Meanwhile the main rose borders are in blocks of red (Trumpeter) and yellow (Honeymoon) reflecting the Royal Stewart colours. 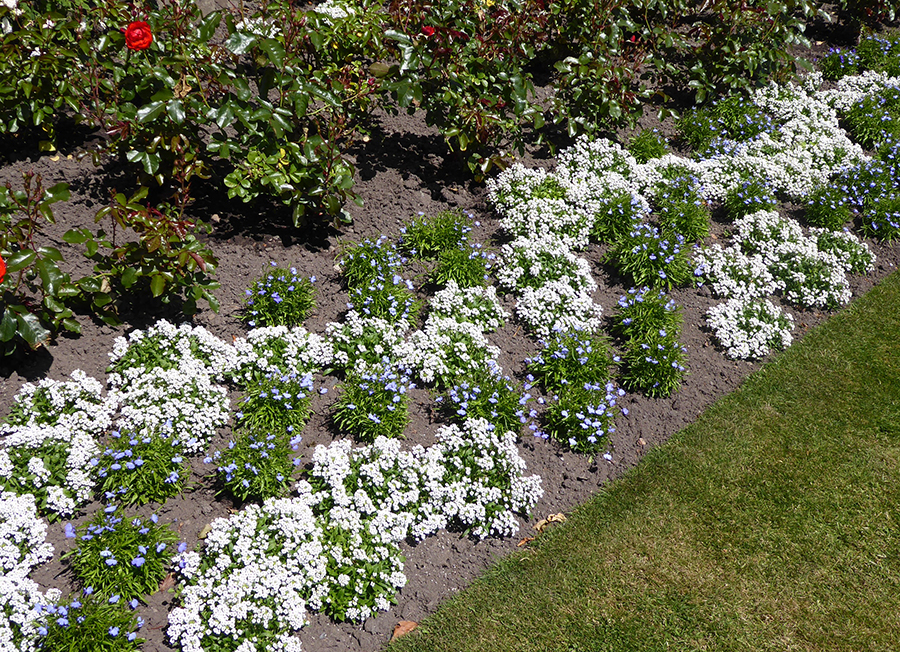 Bedding design around these borders keeps the red/yellow theme, with yellow Marigold around the red Trumpeters. White Alyssum is again used in the design along the full border length to give pleasing continuity and a lovely rich honey scent. Visitors often think the smell comes from the roses, but ours actually have very little scent. 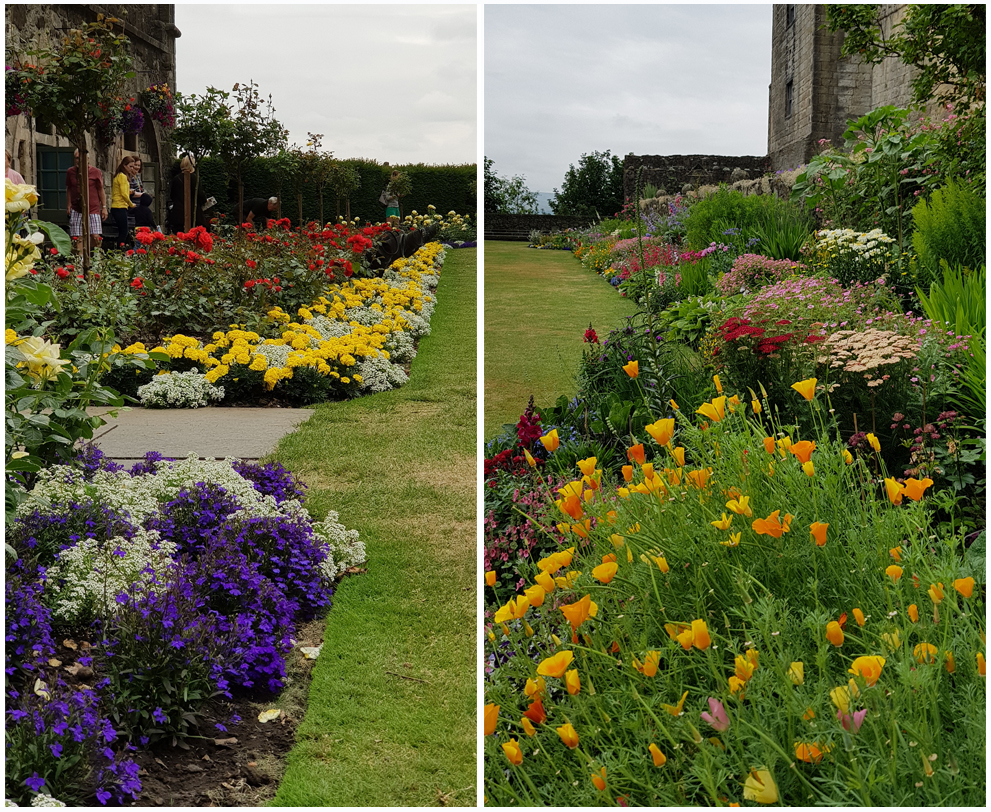 You can see the Queen Anne Garden from above if you’re standing on the surrounding battlements and walls. This means the actual layout and presentation of the bed shapes and lawn edges is very important.

Since the surrounding structures are either straight lines or circular towers, it’s important visually that the garden fits in by reflecting these features. To this end, we keep the lawn edges trimmed and straight by cutting the grass twice a week with a cylinder [roller] mower. 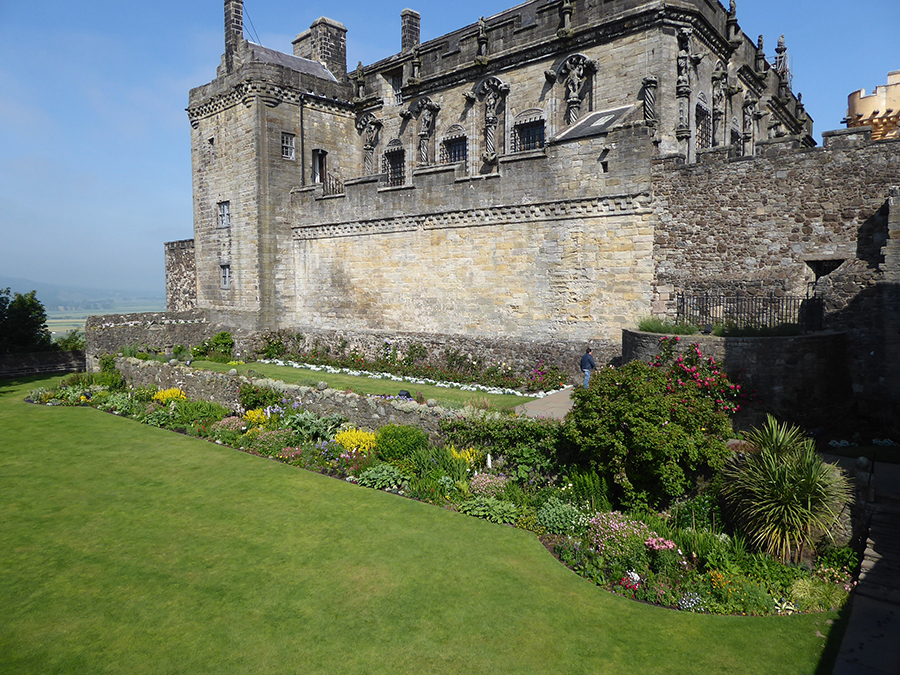 We’ve also made an interesting new addition this year in the form of new raised timber beds situated at the garden entrance. These are intended to be used as an educational tool. In the spring, the Primary 5s of nearby Allan Park Primary School sowed the beds with various vegetable seeds. They’ll return later in the summer to harvest these, then learn how to use them in cooking.

As you can see, throughout its long history the garden has changed and grown. We’d like to keep this tradition very much alive! Hopefully every season the garden will show off a new face as the annual planting changes in content and design, so repeat visitors will always find something new of interest.